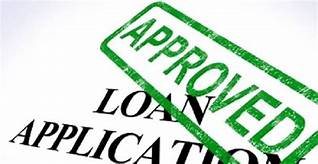 Exim Bank of China is owed about 20 percent of all of Kenya’s national debt interest.

Kenya is heavily in debt; granted it is not the only East African country to find itself neck deep in debt but it certainly is the only one trying to raise the debt ceiling, every subsequent administration.

Last year, President Kenyatta appointed a new economist to lead the country’s National Treasury and just like his predecessor, his first order of business was to seek constitutional amendment so that the country could borrow more.

As of October 2019, Kenya’s legislators had been swayed to raise the country’s debt ceiling to USD 84.5 billion (Sh9 trillion). All is good when the money is flowing in, but when the roosters come home to roost and the cash flow takes an outward projector, the weight of it all starts to sink in.

That is where Kenya has found itself—smack in the middle of paying a whopping USD8.5 billion (Sh904.7 billion) in debt servicing. Even though they approved the new debt ceiling, Kenya’s parliament is not very happy about the hefty repayments.

In fact, as stated earlier, Kenya’s parliament has been raising the debt ceiling, for one reason or another, almost every five years; interestingly that is almost every election year.

Kenya’s media points out that the country’s public debt, viewed as a percentage of its GDP, has shot up to 55 percent over the course of the past decade, increasing from 42 percent when the current administration took office.

Kenya’s Consolidated Fund Services (CFS), which deals with public debt, pensions and salaries of constitutional offices is now facing the music and it is not a very good tune. To meet its expenses, the lion’s share being the national debt servicing obligation, CFS has to pay out more than half of all government revenue (55 per cent) in a given financial year.

Pay out more than half of all government revenue?

By the way, do you know where the government gets this revenue?  Yes you guessed it, from taxes paid by the common man.

“Interestingly, the committee has established that the cost of debt financing actually consumes more financial resources than development expenditure, for which the debt is obtained,” admits a report by the Budget and Appropriations Committee (BAC) as quoted by local media.

The International Monetary Fund (IMF) has been watching and has now raised Kenya’s debt distress from moderate to high. So now Kenya’s BAC wants a revision of the current debt sustainability assumptions which it interestingly says ‘may not reflect the realities on the ground.’

Understandably and rather late, the BAC finally has asked the National Treasury to put a brake on ‘new expensive commercial loans’ and start debt restructuring discussions with Kenya’s largest external creditors.

It takes two to tango

It is one thing to give literal advice;  it is something else to take that advice practically. While on paper it may sound plausible and seem to be the most reasonable course of action, but suspending borrowing, even temporarily is not practical, at least not for Kenya.

Already the country is facing a budget deficit of millions of dollars which admittedly can only be financed through additional debt. However, when it does get this gap bridged by new loans Kenya’s debt is expected to grow another 30 percent compared to the just ended financial year.

So, option two is to sit with the lenders and ask: can Kenya get the debts restructured or even amended to, shall we say, more manageable terms. That dance has considerably difficult steps, after all the lenders are in it to make money, aren’t they?

Kenya is already asking its biggest lender China, to come back to the table to discuss debt restructuring the least of which not being the enormous amount owed to China for Kenya’s Standard Gauge Railway.

Borrowing terms and conditions and the related lobbying and contracts are a proverbial maze to say the least. You have players like the Trade and Development Bank (TDB) that deals with Kenya’s syndicated loans and sits at the top of the country’s creditor list. TDB is due to receive almost a third of what Kenya will be paying in debt servicing this fiscal year.

Kenya has a long list of these creditors including Exim Bank of China, the African Development Bank, the International Development Association, Italy, France, Japan, Germany, Spain and the China Development Bank; note how often China has appeared on that creditor’s list.

In fact, remember the heavy interest that Kenya has to pay for its debt, well the big chunk goes to none other than the Exim Bank of China, which will get about 20 percent of all of Kenya’s massive debt interest.

The Economies of Black Lives Matter