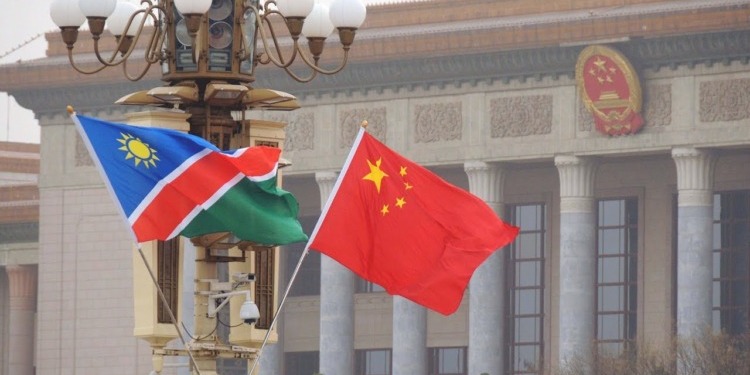 According to the Namibia’s Ambassador to China Elia Kaiyamo, Namibia is showing promising signs of attracting real private investment. with the recent wave of investor interests in the country including a promising mix of private equity and venture capita

Namibia is showing promising signs of attracting real private investment. with the recent wave of investor interests in the country including a promising mix of private equity, venture capital, and other asset classes, which could be directed towards infrastructure, commercial real estate, and technical development.

This is according to Namibia’s Ambassador to China Elia Kaiyamo who was speaking in Beijing, China at the International Economics and Technology Administration Forum.

“Of late, private investors have shown increased interest in various economic sectors other than the traditional extractive investments in projects such as Green Hydrogen development,” said Kaiyamo.

Addressing leaders and other invited high profile officials, Namibia’s ambassador to China noted that in terms of bilateral trade in 2019, the total volume of trade between China and Namibia was about US$709 million, with a year-on-year decrease as compared to 2018 when the volumes recorded 14.28% from US$800 million.

“Obviously, the pandemic has adversely affected these numbers in 2020 and this year,” said Kaiyamo.

He added Chinese companies have contributed N$250 million in tax revenue to the Namibian government since 2016, while also generating job employment to up to 11 000 either directly or indirectly in the country.

Discovered in February 2008, the mine is currently the third-largest uranium-only deposit in the world. It is located in the Namib Desert.

“Another achievement is that Namibia in 2018 became one of the first African countries allowed by the Chinese authorities to export beef to China. With that, the first consignment of prime Namibian beef was delivered to China in 2019”.Said Kaiyamo:

He further noted that China, in particular, has been supporting Namibia’s economic and social development and offering development assistance in many projects over the years.

These projects include the construction of national buildings, hospitals, clinics, schools, roads, and port infrastructure.

Namibia also benefits under the Belt and Road Initiative of China where eight areas of cooperation were identified and according to Kaiyoma, Namibia will take full advantage of the traditional friendship, consolidate all-weather friendship, deepen pragmatic cooperation and enrich and expand channels of communication between the two friendly nations, and promote the strategic development of bilateral relations.

“Our rich fishing grounds are well known across the world in the international fishing industry,” he said.

These valuable resources mean mining and fishing are two of our most important economic sectors in Namibia together with agriculture, including a thriving red meat industry and tourism.

Tourism, indeed, is a rapidly growing sector, and it is fast becoming a major earner of foreign exchange and generator of income for Namibia.

ALSO READ: Why Namibia Is Establishing Itself As An International Oil And Gas Player

The country’s infrastructure is superior to that found in many places in Africa and other parts of the world. it has an excellent road and rail network, including trans-continental links to the Atlantic seaport of Walvis Bay, which, with its world-class standard of cargo handling and sheltered deep-water harbor, is poised to grow into the most important port on Africa’s west coast and a regional container hub for southern Africa.

The ambassador also pointed out how China has assisted Namibia with aid of various forms that have helped to improve people’s living standards.

Many of these projects, he stated, are a result of Namibia’s participation in the FOCAC (Forum on China-Africa Cooperation) over the years as well as commitments made by China towards Namibia.

Kaya mo in continuation said that China and Namibia cooperation deals are of benchmark to other African countries to make comparisons and learn from the achievements born from their partnership.

“In 2018, during his state visit to China, our President Geingob visited the Beijing Aerospace Control Center and interacted with Chinese astronauts. He invited the astronauts to Namibia. In 2019, Yang, China’s first female astronaut in space, and her colleague Dong arrived in Namibia’s port town of Walvis Bay; the visit was aimed at enhancing communication and cooperation on astronautics between China and Namibia”.

The second project, Kaiyamo explained, is the space tracking station in Swakopmund.

In conclusion, Kaiyoma said China and Namibia Cooperation is evident in all its partnership sectors drawing an example of a tracking station that has been in operation since 2000, and that he says has been a symbol of scientific and technological cooperation linking Namibia and China together for the peaceful use of space.