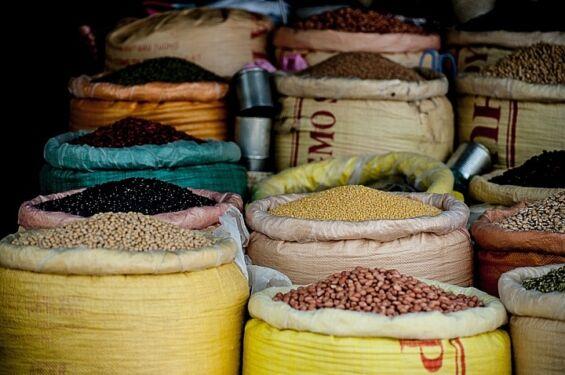 According to United states market based report, Hexa Research the Global sesame seeds market size is expected to hit $17.77 billion by 2025

While Nigeria is the largest exporter for Sesame seeds, there’s still a lot of untapped potential of the lucrative export business this even as the seeds demand increases  globally.

According to United states market based research report known as Hexa Research the Global sesame seeds market size is expected to hit $17.77 billion by 2025.

The fueling market demand was associated with its Increased application of the product as an anti-oxidant in various pharmaceutical formulations.

With the world production of Sesame seeds estimated to be 4. 8 million tonnes, ten [10] countries accounts for over 80% of it which includes Myanmar, India, China, Tanzania, Sudan, Ethiopia, Nigeria, Burkina Faso, Uganda, and Niger.

Africa, accounts for over 45 per cent of the crop, and in the last 10 years has become as a fast-growing supplier of sesame seed in the world market.

The global sesame seeds demand for the commodity is on the increase, and expected to grow at a 4.2 per cent compound yearly rate (CAGR) between 2018 and 2024.

The European Union (EU) has been on the look-out for contaminated agro-exports, including sesame seed coming into the region.

The concerns stem from the yellow warnings it has issued over severe chemical contamination of agro-produce from Africa and Asia.

The use of EtOx, as a component of plant protection, is prohibited under EU regulation, but  it is used as part of biocidal products is authorized  for certain items.

Belgium made the first alert in September last year in the Rapid Alert System for Food and Feed concerning pesticides residues in various sesame seeds from India. Three months later, most European countries have been affected.

Last year, international pre-shipment organization, SGS, in its report identified Ethylene and 2-Choroethanol in a large percentage of parcels with distributed sesame seeds.

As a toxic compound, it has a low maximum residue level (MRL) for food matrices or related substances.

There are a host of other challenges, including the chronic hazards of pests and diseases, along with shortages of labour, inappropriate agricultural practices, inadequate transportation infrastructure and access to electricity  and lack of access to finance.

Presently Nigeria prides itself as the seventh largest exporter of Sesame seeds in the world.

In the first quarter of last year, the Federal Government recorded $49 billion from exporting its seeds.

But that if not enough, Earlier this year, Mr. Segun Awolowo, the Chief Executive Officer of Nigerian Export Promotion Council (NEPC), expressed delight over the attainment of Global Organic Certification status for the nation’s sesame seed by WACOT Nigeria from ECOCERT International.

Hosting the National Sesame Seeds Association of Nigeria (NSSAN), led by the President, Mr. Sheriff Balogun and his deputy, Mr Sadiq Kassim, in Abuja, Awolowo said it was a landmark achievement for Nigeria.

He said this placed Nigeria on the world map of organic product producers and marketers.

The association acknowledged NEPC’s role in promoting and supporting the NSSAN through emphasis on quality product standards and various collaborations in capacity building of farmers in good agricultural practices along the value chain.

According to Balogun Sesame seeds as a commodity will help the Federal Government achieve its diversification bid, if the right policies and programmes are put in place.

He says; “We are one of the global players. We are producing between 500,000 and 530,000 tonnes of sesame annually. In a recent convention in Turkey, Nigeria was recognized as number four or five, depending on where you are quoting the statistics.

“Nigeria has the potential to become world number one producer of sesame seed. As an association, we are working toward that. We have a five-year development plan where we seek to raise our production to at least 800,000 tonnes per annum. This is doable and hopefully we will get there very soon.

“In terms of income generation, almost 95 percent of the sesame seed we produce goes for export at the rate of about $1,400 per metric tonne.

“As a country, we are not doing badly, but our intention is to scale it up so that we can get more benefits. We have the market. So far, China and Japan are the highest importers of our sesame seed and Turkey is also becoming a big player in the importation of our sesame seed.”

Balogun said beyond export, the seed has added value to the economy, adding that some companies were de-hauling it; others were producing oil from it. He also said income could be generated from farmers and from other associated support services such as transportation, logistics providers, financial providers, resulting in a whole value chain process.

“The oil is also used in the massage industry as well as in the beauty sector. In the confectionary, sesame seed is used in making bread and burger. It is equally used for making mayonnaises and cooking because of the non-saturated fat. It is used in the sports sector to maintain weight. A bar of it gives instant energy. It has also been in used for several years in India to treat heart diseases, according to findings.”

He said a lot of awareness should be created for farmers to ensure that they do the right thing in terms of ensuring quality, harvest and packaging were done to meet international standards.

“Once farmers, who are at the primary level, do the right thing, what is required at the secondary level will not be much,’’ he said.

He further said the Federal Government had selected sesame seed as one of the crops to be given financial support through the NEXIM Bank. According to him, sesame has been considered among five crops with the potential of generating foreign exchange income.

“The guidelines for the funding are out and members are beginning to approach the bank to request for funding to enable them export the crop. So, I think there are a couple of policies and programmes that have been put in place that will assist to get the sesame seed industry going.

“The industry has the capacity to generate employment if repositioned because Nigeria has low yield of sesame. A hectare provides between 0.7 and 0.8 tonnes and if we want to target 800,000 tonnes per annum, it means we need 100,000 farmers,” Balogun added.

There are about four improved varieties of sesame seed but, generally, there are two main types. The Nasarawa type or Kano type and the whitish and brownish.

“These are the main distinctions but there are others. Some come in small sizes, others big sizes. We also have the black one, which is not cultivated so much but it is more expensive than the white one because it is highly valued for its medicinal content. We heard some Chinese companies say they want us to grow it, especially for them.

“So, they are giving the seed to farmers to do some trials and, hopefully, as part of our expansion, we will have dedicated areas that we will produce; just the black one.”

In addition, mainstreaming of these ethnic foods and the interest in vegan food contribute to a growing demand for sesame.

Germany and Greece are the largest markets, but there is also the potential for growth in countries such as Poland, France and Italy.

According to the centre, it has had a long-term demand for thousands of tonnes of sesame seeds. Since 2013, the import volume increased above 120,000 tonnes. Increased production is needed to fulfil a basic demand from food manufacturers and bakers to use sesame in products such as branded snacks and standard bakery products.