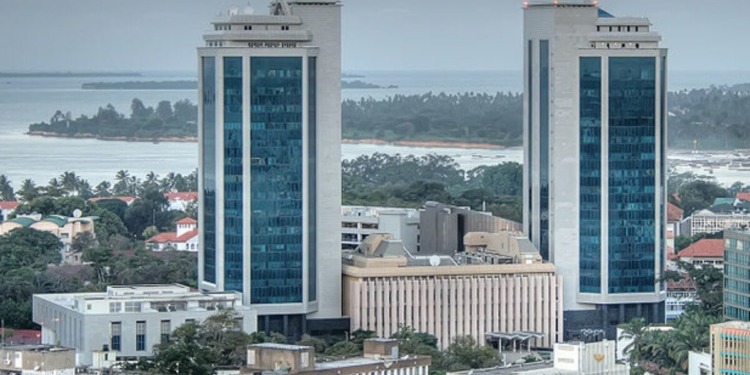 Tanzania is one of the fastest growing economies in Africa, with a population of more than 58 million.

The Central Bank of Tanzania (BoT) released its monthly economic review report for September 2021 and several sectors of the economy have been sharply reviewed, showing rather modest performance and slightly less performance in other sectors, such as core inflation.

At the moment Tanzania, which is one of the fastest-growing economies in Africa, stands on a 4.3 per cent (Q2)GDP according to the National Bureau of Statistics (NBS).

As the world and the East African region continue to recover from different kinds of economic shocks triggered by Covid-19, inflation in Tanzania has also taken different turns. According to the review, in August 2021, twelve-month inflation remained at 3.8 per cent, which is noted to be the same, as the last month.

On the other side of the fence, the review showed that core inflation—of which its index calls of the largest share in consumer price index (CPI), rose to 4.5 per cent in August 2021 from 4.1 per cent in July 2021, this is attributed to the increase in transport costs, “reflecting an upward shift in fuel prices”.

Things seemed to work better in food inflation, whereby annual food inflation—excluding alcoholic beverages, slimmed down to 3.6 per cent from 5.1 per cent, the review argues that this is due to a decrease in prices of maize and maize flour, meat, vegetable and beans.

Tanzania has seen a surprising outturn of events regarding fuel prices recently, as President Samia Suluhu, turned what was considered a thorn in fuel pricing, into a blessing by, scraping nearly eight levies on fuel importation—which were triggering higher prices nationwide.

On that note, the review pointed out that, “domestic pump prices of petroleum products maintained an upward trend, mainly associated with the recovery of the global economy from adverse effects of the Covid-19 pandemic as a result of mass vaccine adoption”.

According to BoT’s review, in August 2021 petrol, diesel and kerosene registered an annual increase of 30.6 per cent, 25.2 per cent and 25.3 per cent, due to an increase in the price of oil in the world market.

In this section of the economy, things showed an interesting turn. According to the 216th Monetary Policy Statement (MPC) of the BoT, the MPC conducted in July and August 2021 favoured the presence of liquidity in banks with overnight interbank interest rates ranging from 3 to 5 per cent.

While credit to the private sector grew at a rate of 4.1 per cent in July 2021 compared with 3.5 per cent in the preceding month.

On interest rates, things have stabilized. According to the review, interest rates being charged on loans by banks have remained unchanged in the recent months, whereby overall and one-year lending rates stabilized around 17 per cent in August 2021, while “negotiated lending rates (the rate charged on loans to prime borrowers) averaged 14 per cent.

Further down this section of the economy, the review strict noted that overall and one-year time deposit interest rates averaged at 6.64 per cent and 7.86 per cent respectively, with banks’ weighted average deposit rates maintaining a stable trajectory since January 2021.

“Negotiated deposit rates remained elevated at 9.66 per cent. Lending rates are expected to decrease following the ongoing implementation of accommodative monetary policy, coupled with the policy measures rolled out by the Bank of Tanzania in July 2021 to promote credit to the private sector and lower interest rates,” the review argued.

Tanzania is now doubling down on tax payment and advancing towards modern means of revenue collection. Hence, according to the review, domestic revenue performance has continued to be resilient, displaying improvement in business activities in the economy.

According to the review, in August 2021, total domestic revenue collections stood at around US$808 million which was 93.7 per cent of the target and 16.7 per cent higher than August 2020.

Further, central government revenue was more than US$782 million, whereby the balance is from local government own sources. Also, in the same month, tax revenue rose to US$674, which was 101.7 per cent of the target and an increase of 13.7 per cent compared to the similar month in 2020.

The report argues that the overperformance in import taxes was attributed to the increase in consumable imports.

Tanzania is still faced with a gruesome situation of debt. According to the report, the national debt stock stood at more than US$3.38 trillion at the end of August 2021, which is an increase of US$182.3 million and US$3.869 billion from the last month and the same month last year.

The report strictly pointed out that, public debt (external and domestic) comprised 83 per cent of total national debt while external debt (public and private) accounted for 76.6 per cent of the stock.

“The structure of external debt by creditors also remained unchanged, with debt owed to multilateral institutions and commercial creditors accounting for the biggest debt portion. Transport and telecommunication activities accounted for 25.1 per cent, associated with ongoing mega infrastructure projects, followed by social welfare and education accounting for 17.5 per cent, and energy and mining by 13.5 per cent ” the bank report noted.

Domestic debt is another angle that the report has explored.  The report pointed out that, the government borrowing in the domestic market stood around US$7.82 billion, an increase of US$176 million and an increase of more than US$1.3 billion.

On exports, things showed marginal improvement. According to the report, during the year ending August 2021, exports of goods and services showed a marginal improvement of more than US$9 billion, compared with US$9.1 billion in the corresponding period 2020—argued to be promoted by the performance of good exports.

The report pointed out that the importation of goods and services increased to US$10.2 billion in the year ending August 2021 from US$9.6 billion in the corresponding period in 2020.

“The value of goods imported during the period increased to US$8.91 billion from US$8.20 billion. Oil imports which constituted 18.7 per cent of all goods imports, rose by 11.5 per cent to US$1.66 billion, on account of the price effect. Every month, goods import bill increased by US$199.9 million to US$895.0 million in August 2021 compared with the corresponding period 2020.” The report noted.

Tanzania is still working hard to climb up the economic ladder and become an industrialised economy.

Read: What bank of Tanzania report says on the economy