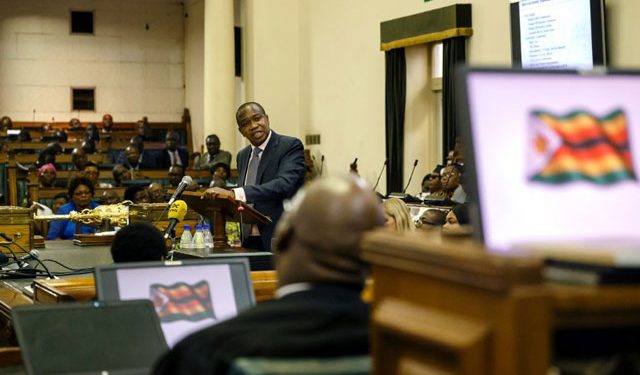 Zimbabwe’s Finance and Economic Development Minister, Mthuli Ncube, presented the 2022 supplementary budget on Thursday amid skyrocketing inflation that has since eroded this year’s national budget.

This is the first time that Minister Ncube has presented a supplementary budget since he was appointed Finance Minister by President Emmerson Mnangagwa in 2018.

The economy is now projected to grow by 4.6% during 2022, a downward revision from the original 5.5% projection, and follows an estimated 7.8% positive growth trajectory for 2021. This positive 2022 growth projection is supported by increased activity in all the productive sectors except agriculture which was weighed down by the unfavourable 2021/22 rainfall season and high input costs.

According to an article by Bulawayo24 dated July 26, 2022, Zimbabwe has witnessed a sharp rise in inflation which has led to the depreciation of the Zimbabwean dollar. The Russia-Ukraine conflict has also exacerbated the economic situation by fueling fuel and food prices.

According to the Minister of finance and economic development budget strategy paper: 2023, countries across the globe face rising commodity prices and inflation, disruptions to world trade, and tightening financial conditions mainly due to the COVID-19 pandemic and the ongoing Ukraine/Russia conflict. Resultantly, all nations have been forced to make difficult policy tradeoffs to cope with adversity and attain macro-economic stability whilst also supporting economic recovery and growth.

Recently, the government introduced various measures, including hiking the bank policy rate from 80 per cent to 200 per cent per annum and introducing gold coins to tame rising inflation.

In addition to the supplementary budget, the minister also presented the traditional 2022 mid-term fiscal policy statement. In parliament, the minister said fiscal developments during the first half of the year, characterised by increasing revenues and expenditure pressures, necessitated the revision of the approved 2022 National Budget.

“The revision is necessary to allow spending agencies to meet increasing costs of undertaking originally budgeted programmes and projects that will ensure the 2022 objectives are met,” he told legislators.

Here are the highlights:

“This measure is envisaged to increase disposable income, spur consumer spending and income for corporates,” he said.

“Government remains committed to addressing the welfare of civil servants in a fiscally sustainable manner. The challenges of yesteryear where the wage bill crowded out other development expenditures should be avoided to create the right conditions for sustainable economic growth that will provide scope for payment of decent salaries to our hard-working workers,” he said.

However, according to an article by Bulawayo24 dated July 18, 2022, demands for United States dollar (US$) salaries have increased across all sectors of the economy as many employees struggle to buy basic commodities now being charged in the greenback.

Manufacturers of basic commodities are now charging their goods in US dollars for items such as sugar, milk, cooking oil, and Mazoe orange crush juice, forcing retailers and wholesalers to follow suit.

“Since time immemorial, ZCTU has been and continues to be on the forefront in demand for US dollar-based salaries. We will continue to demand US dollar salaries because we continue to have policymakers, particularly the Ministry of Finance, gaggling around their so-called business minds or theories at the expense of citizens,” Taruvinga said.