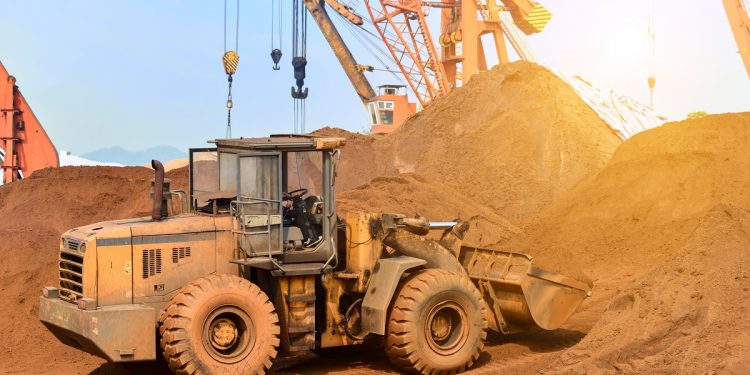 A construction site excavation. It remains one of the most attractive sectors to invest in in Africa.

Kenya which has been hailed as a top FDI destination did not make it to the top five.

As of 2019, Africa’s biggest FDI flows went to three countries where Nigeria, South Africa and Egypt received more than US$3 billion each.

The other two countries in top five are Nigeria which lost the biggest share at -45 per cent to stand at US$3.3 billion and Ethiopia which registered a 24 per cent decrease to stand at US$2.5 billion in FDI.

Interestingly, Kenya which has been hailed as a top FDI destination did not make it to the top five having received less than US$2 billion in Foreign Direct Investments.

According to the United Nations Conference on Trade and Development (UNCTAD), all industries on the continent are reeling from the double blow of the coronavirus pandemic and low commodity prices exacerbating the decline significantly this year.

The situation is dire with the FDI flows to Africa forecast to contract between 25 per cent and 40 per cent of gross domestic product (GDP) growth projections.

“Although all industries are set to be affected, several services industries including aviation, hospitality, tourism and leisure are hit hard, a trend likely to persist for some time in the future,” said UNCTAD’s director of investment and enterprise, James Zhan.

Promoting economic diversification and industrialization in Africa is now a matter of priority since manufacturing industries intensive in global value chains are also strongly affected by the downturn.

Announced greenfield investment projects have suffered the most overall, there is a strong downward trend in the first quarter of 2020. The value of projects (-58 per cent) has dropped more severely than their number (-23 per cent).

As of April 2020, the number of cross-border merger and acquisition (M&A) projects targeting Africa had declined 72 per cent from the monthly average of 2019.

However, it is not all doom and gloom with two distinct factors offering a ray of hope for the recovery of investment flows to the continent in the medium to long run.

UNCTAD notes that the first is the higher value being assigned to ties to the continent by major global economies, promoting investment in infrastructure, resources, but also industrial development.

Investments from these countries, which have varying degrees of political backing, despite being affected by the joint impact of the pandemic and low commodity prices to some degree, could be relatively more resilient.

The second factor is the African Continental Free Trade Area (AfCFTA) which is deepening regional integration. Commencement of trade under the agreement after years of deliberation and the expected finalization of its investment protocol will boost the continent’s economy.

In the short term, curtailing the extent of the investment downturn and limiting the economic and human costs of the pandemic is of paramount importance.

Longer-term, diversifying investment flows to Africa and harnessing them for structural transformation remains a key objective. Both of these objectives will require a prudent, coordinated and timely response from countries on the continent, notes UNCTAD.

Noteworthy, though, is that FDI to the continent was already on a decline even before the pandemic crisis.

Before the covid-19 crisis arrived, FDI was already in decline which was a 10 per cent drop to US$45 billion in inflows as of 2019.

Tepid global and regional GDP growth and the dampened demand for commodities inhibited flows to countries with both diversified and natural resource-oriented investment profiles alike, although a few countries received higher inflows from large new projects. 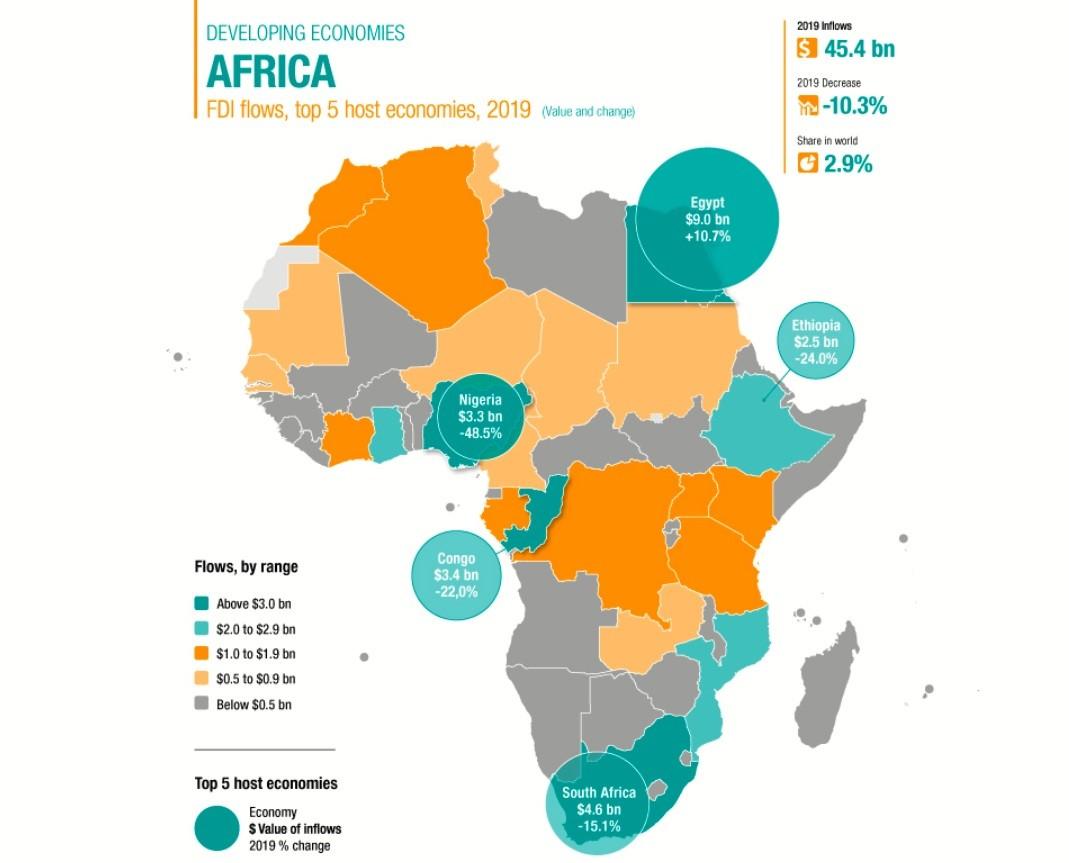 In North Africa, FDI inflows decreased by 11 per cent to US$14 billion except in Egypt which remained the largest FDI recipient in Africa in 2019.

The Sub-Saharan and Southern Africa region experienced a significant increase in 2018 but they decreased by 10 per cent in 2019 to US$32 billion. Southern Africa was the only sub-region to have received higher inflows in 2019 (22 per cent increase to US$4.4 billion) but only due to the slowdown in net divestment from Angola.

West Africa registered a 21 per cent decline to US$11 billion in the same period driven by the steep decline in investment in Nigeria due to new investment regulations for multinational enterprises in the oil and gas industry.

East Africa which was projected to be among the best-performing regions this year saw its FDI flows decrease by 9 per cent to US$7.8 billion.

Inflows to Kenya dropped by 18 per cent to US$1.3 billion despite several new projects in IT and healthcare.

The Central Africa region received US$8.7 billion in FDI, a 7 per cent decline. The key highlight in the sub-region was the decrease inflows to the Democratic Republic of the Congo (9 per cent to US$1.5 billion).

Netherlands overtook France as the largest investor by stock on the basis of FDI stock data through 2018.

In tandem with the general FDI decline on the continent, the investment stock held by the United States and France on the continent declined by 15 per cent and 5 per cent respectively. This is due to profit repatriation and divestment.

However, the United Kingdom and China increased its investment stock by 10 per cent each.

Just like with the inflows, FDI outflows from the continent also fell in 2019 by approximately a third.

The outflows decreased by 35 per cent to US$5.3 billion with South Africa remaining the largest outward investor despite the reduction in outflows from US$4.1 billion to US$3.1 billion.

Outflows from Togo increased significantly, from a mere US$70 million to US$700 million, a tenfold increase.

In North Africa, Morocco also increased outward FDI, to approximately US$1 billion from US$800 million in 2019.