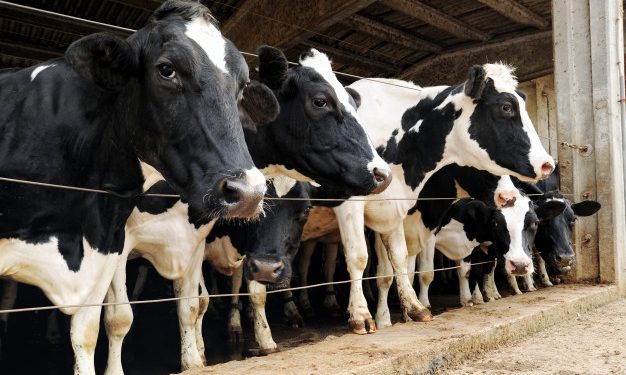 by Giza Mdoe
in Agribusiness
0
Share on FacebookShare on LinkedIn

No continent suffers worse food security issues than Africa, yet despite the high productivity coupled with disease and drought resistant capabilities of genetic modified organisms (GMOs), Africa has long been resistant to genetically modified food, be they crop or animal embryos.

Instead of settling for 1 to 3 litres of milk per day from your local Zebu, you could get in excess of 10 litres of milk everyday from a hybrid Fresian, almost four times more milk.

Not only does the Aryshire beef bull and the Fresian cow produce more, they grow faster and when crossbred, they are even resistant to disease and bad weather. So why would food troubled Africa resist these food security options?

In Ghana for example, the country recently hosted a conference to deliberate the pros and cons of GMOs versus the use of traditional seeds. The meeting, attended by delegates from Togo, Kenya and South Africa among other nations did not reach a consensus on the subject but aired great distrust over the success of GMOs.

Board Chairman of African Biodiversity Network (ABN) Mr. Sulemana Abdullai maintains that GMOs is not necessarily a sure way to go. He is quoted by international media (DW) declaring “…there isn’t much evidence to suggest that genetically modified crops are doing better in terms of food security or nutrition security or income security.”

The official insisted that actually, evidence is on the contrary, that local seeds have better results. “…it is shown with indigenous production methods and farming systems, because of their ability to plant more than one crop using locally adapted seeds.”

Got Milk? How a small town is using digital tech to sell milk

Some conscious individuals will only drink coffee from fair trade dealers, because they understand in the third world, food is grown by peasants. In most cases these peasants are extremely poor, they get but a fraction of what the real value of their crop is worth.

The fact that food in Africa is not grown commercially on highly mechanized plantations using modern technologies means that there is a lack of the very basics that are needed to produced hybrids let alone genetic modified organisms (GMOs); all that is changing and changing fast.

Take Tanzania for instance. The country is now carrying out its own research and has already developed several fast growing, disease and drought resistant varieties of cassava, maize and other crops. These highly nutritious varieties are now been grown in several pilot areas across the country as the first step to rolling them out to all farmers.

The research work and the subsequent successful results does not end with crops, Tanzania is now carrying out what is referred to as Multiple Ovulation and Embryo Transfer for cattle. In a remote  town on the outskirts of the country’s administrative capital of Dodoma is the Tanzania Livestock Research Institute the country is working on a program to mass produce hybrid livestock.

Only last year, in a biotechnology laboratory at the Tanzania Livestock Research Institute in Mpwapwa town, Tanzania began carrying out advanced cattle breeding processes. This involved a ‘5 week super ovulation programme, in which high quality eggs were produced from donor cows. These eggs are then implanted in recipient cows to multi-produce more high quality cows.

In other words, instead of waiting for the cow to release a single egg during its mating season, the programme induces ovulation in the cows causing them to produce several eggs instead of only one egg that would be the case in its natural cycle.

Following its success, the high tech project is now to be after disseminated across the country in an effort to increase productivity of livestock. In turn, with cattle that produce more milk and more meat, cattle that are disease and drought resistant, the country can meet its dairy and meat requirements and even supply neighbouring countries as well.

Question is, will the programme benefit peasants or end up in the hands of rich ranch owners alone? The answer lies in the monetary value of the programme. How much will it cost to have a recipient cow implanted with the hybrid eggs? Can a regular peasant afford the process?

It is expected that the government will intervene in the process and subsidize distribution of the hybrid embryos as well as the implantation process. This is a vital move for the country because when the peasant farmer is able raise better quality cattle that produce more milk and have higher amounts of beef, then the government stands to gain.

Granted these local breeds have high disease resistance and can withstand poor weather but they have very low yields which means the country does not meet its potential. With this new technology, Tanzania stands to take the lead in the production of cattle products.