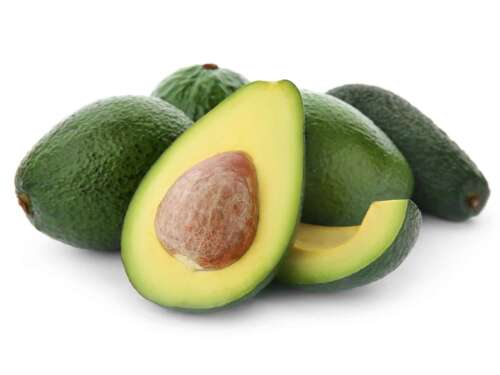 The report showed that a European market could raise incomes of Kenya’s smallholder avocado farmers by nearly 39 per cent and fetch better prices for their produce.

In September, Kenya’s horticulture industry was optimistic that there would be a quick recovery as the global economy slowly opened after the Covid-19 disruption.

Export earnings from horticulture hit KSh72 billion (US$655 million) between January and May 2020, up from KSh65 billion (US$594 million) for the same period last year, translating to an 11 per cent increase.

The good earnings are largely attributed to the country’s ability to ship out produce during the pandemic, serving a rising demand for food.

Kenya’s Trade Cabinet Secretary Betty Maina said that the earnings were an indication of Kenya’s potential to protect its markets by ensuring products reached the markets in a challenging environment.

While Kenya made some progress in the horticulture sector despite the pandemic, the same cannot be said of many smallholder producers in Sub-Saharan Africa (SSA).

The IFPRI report titled, “The impact of the smallholder farmers’ participation in avocado export markets on the labour market, farm yields, sale prices, and incomes in Kenya,” notes that farmers in the SSA region are usually unable to integrate into markets to access high-value opportunities by effectively participating in global chains for high-value fresh produce.

Findings in the report indicate that participating in avocado export markets raises incomes, revenues and fetches higher prices for the smallholder farmers. It also impacts labour inputs: cost of hired labour increases by almost 1,300 Kenyan Shillings (US$ 13) a year and family labour inputs increase by about 15 days, of which the largest share comes from increases in female labour.

Avocado prices increase as well but the yields are negatively impacted.

“These lower yields could be explained by the stricter quality requirement of export markets,” said Amare.

Kenya Export Promotion and Branding Agency CEO Wilfred Marube says the sector beat the odds to keep the ‘produce of Kenya’ label on global shelves which has not only secured existing markets but also created new avenues for Kenya’s flowers, fruits, herbs and vegetables.

It was a tough call for exporters especially in the flower sector who had to balance between maintaining a market presence, destroying beautiful flowers, sending workers home, keeping plants breathing and protecting their farms from the virus.

A market presence meant selling flowers, not to make money but to maintain a presence for Kenya, according to Trish Patel, head of marketing at PJ Dave, whose 80 per cent of orders were cancelled.

“We continued shipping the little orders coming through to secure future markets for Kenya,” he said.

Oserian Development Company Administration Director Mary Kinyua says farm exports fell from 1 million stems per day to about 350,000 throwing the company, like many others, into a financial strain.

“The markets are opening up slowly and barring any other disruptions we should be back to full business by end of the year,” she said adding that it will however, take longer to recover from the losses.

With the lockdown measures in place since March, it meant that accessing exit routes for produce was a turbulent challenge.

For instance, fresh produce flies out daily from the Jomo Kenyatta International Airport to various destinations across the world.

The lockdown meant that the flower subsector had lost business that comes with Mother’s Day celebrations globally, the International Women’s Day, Easter holidays and the UK’s Mother’s Day.

With flights grounded, spot orders started trickling in and avocados were especially in high demand. Interestingly, Kenya was the only country with the fruit in season.

The Avocado Society of Kenya (ASOK) CEO Ernest Muthomi says his fairly new organisation got a baptism of fire. His members were worried about accessing the capital city but he contacted the Ministry of Interior which advised him to inform his members to obtain identification documents.

He adds that the effort earned Kenya avocados the highest foreign exchange for the period and has opened new markets and demand even in countries where Kenya does not have phytosanitary protocols.

East African growers, exporters of fruits, vegetables and flowers say orders from the UK did not stop thanks to the logistical support all in the chain accorded the industry.