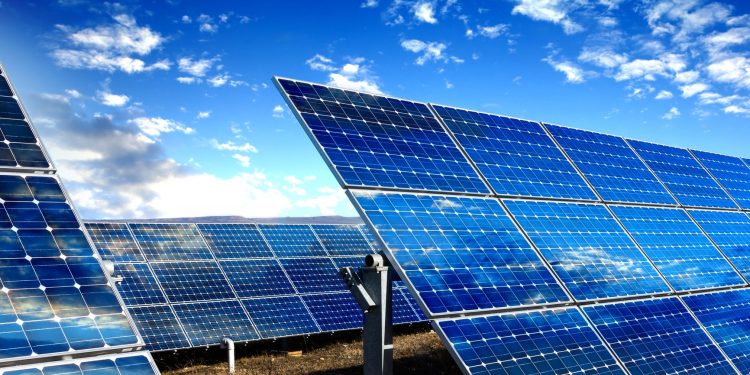 The African Development Bank Group (AfDB) is committed to funding a green future for Africa, and to ensure the goal is met, the Bank has committed $164 million to promote decentralized renewable energy across six African countries, will this massive funding meet its targets?

However, with an estimated 570 million people lacking electricity and another 85 per cent lacking access to clean energy for cooking, Sub-Sahara Africa is standing at a precarious position and more so at a time when the rest of the world is going green.

As a matter of fact, more than avoiding environmental pollution, switching to a green economy can create more economic development as the report notes.

Before we go on any further, lets define Green Economy or Green Growth as others call it. Green Economy refers to the selection of economic activities that promote environmental and social development and, at a minimum, do not harm the environment or human welfare.

The World Bank and the international development community, generally define green growth as consisting of job creation or economic growth that is either compatible with or driven by reduced emissions, improved efficiencies in the use of natural resources, and protection of ecosystems.

It is based on this understanding that the African Development Bank Group is promoting funding of Green growth projects and development plans. In this regard, the Board of Directors recently committed up to $164 million to promote decentralized renewable energy in six African countries.

The funding is been issued through the Bank’s Leveraging Energy Access Finance Framework (LEAF) program. The LEAF program was created to help spur commercial and local currency investments to scale up the activities of decentralized renewable energy companies in Ghana, Guinea, Ethiopia, Kenya, Nigeria, and Tunisia.

The Bank maintains that, ‘scaling up access to renewable energy sources like solar home systems, green mini-grids, and solar solutions for commercial and industrial use, is crucial to achieving the SDG7 objectives and requires significant private sector and local currency financing.’

Under this program, some 18 energy projects are expected to be financed and in turn, provide access to six million people and businesses. It is expected that through this initiative, the said African countries will greatly reduce their Co2 footprint and that way help mitigate effects of climate change.

In recognition of its significance, the LEAF program is been backed by other players like the Green Climate Fund which approved $170.9 million in concessional financing back in July 2021.

The program complements prior initiatives such as the Sustainable Energy Fund for Africa, that all make up part of the Bank’s on going off-grid strategy served under the New Deal on Energy for Africa.

Over the course of the next six years, LEAF is expected to deploy financing options, credit enhancement instruments and technical assistance in partnership with the private sector; including local banks.

As we approach the 2030 deadline of the SDGs, we must unfortunately acknowledge the disturbing truth, we are far from meeting the goal’s sustainable growth targets. The latest Sustainable Development Goal (SDG) 7 tracking report warns that close to 600 million Africans still lack access to electricity and this reality is only worsened by the Covid-19 crisis.

In his comments about the LEAF program, the Bank’s Vice President in charge of Power, Energy, Climate Change and Green Growth, Dr. Kevin Kariuki, notes: “The African Development Bank is delighted to partner with the Green Climate Fund on the Leveraging Energy Access Finance Framework, which will not only accelerate access to electricity based on decentralized renewable energy solutions, hence reducing the respective countries’ carbon footprints, but will do so with the active participation of a private sector facilitated by local currency financing and commercial capital availed under the program.”

Seconding the view, the Bank’s Acting Director in charge of Renewable Energy and Energy Efficiency Department, Dr. Daniel Schroth, said: “The approval of this program is very timely as it increases the Bank’s toolbox to support the fast-moving decentralized energy access market which complements conventional grid-connected solutions.”

In terms of economic growth, Africa has enjoyed some of the World’s fastest economic growth rates over the decade. During this period, Sub-Saharan countries continued to grow at an average rate exceeding 5 percent, notes the AfDB.

Unfortunately, this recent economic growth has not been uniform, if anything, it has been largely uneven.

“Often, growth has been confined to specific sectors, particularly extractive industries and some agricultural commodities, and its benefits to those in or near poverty are often limited,” warns AfDB ‘Facilitating Green Growth In Africa’ report.

True to this fact, the AfDB says the benefits derived from the related foreign direct investment have also been unevenly distributed and have not led to the generation of equal economic opportunities for Africa’s population.

It all boils down to this, factoring all these points in further pushes the argument for Green growth in Africa. It is vital that African leaders prioritize switching from traditional energy like wood, coal and fossil fuels. By switching to Green energy, Africa can even out the benefits of its economic development.