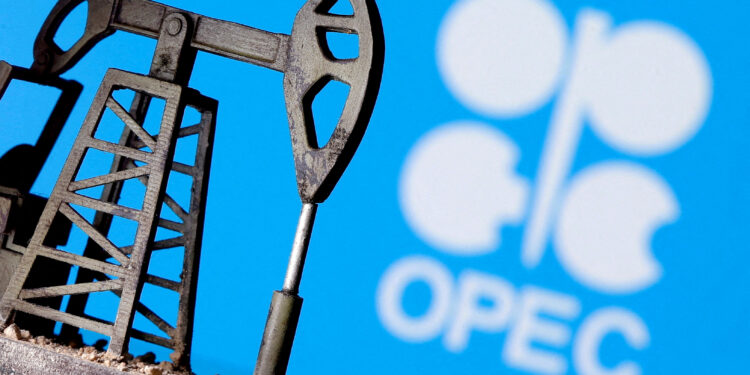 The United States questioned the OPEC+ resolution on oil and gas output, calling it a “short-sighted decision.”

Oil prices have come down following a summer of highs. Brent crude, the international benchmark, has fallen from $123 in mid-June to $93.50 in September, a 24% change. A major reason for the price fall is fears that considerable portions of the global economy are sliding into recession as high energy prices (electricity, oil and natural gas) heighten inflation, robbing consumers of their spending power.

Furthermore, the summer highs emanated from concerns that Russia would lose most of its oil supply to the market due to the Ukrainian conflict. Consumers in China and India purchased those barrels at a significant discount since Western dealers avoided Russian oil without restrictions, so the supply damage was not as severe as predicted.

Amid the prevailing challenges, oil producers are wary of a sudden price collapse if the global economy goes downhill faster than expected. That happened during the COVID-19 pandemic in 2020 and the global financial crisis in 2008-2009. The recent energy diplomacy spike indicates oil market shifts following Russia’s invasion of Ukraine early this year.

READ MORE: Nigeria: the transformative effects of the Petroleum Industry Act (PIA) on the oil and gas industry

The Organization of the Petroleum Exporting Countries and allied oil-producing nations (OPEC+) resolved to cut daily oil production output by two million barrels on October 5, 2022. These oil-producing countries, led by Saudi Arabia, have decided to slash the amount of oil they deliver to the global economy.

The group said that slashing supplies would help stabilise oil prices, which have fallen in recent months as the world economy slowed down. Saudi Arabia’s Energy Minister Abdulaziz bin Salman noted that the alliance is practical in adjusting supplies in anticipation of a likely drop in demand due to a weakening global economy necessitating less fuel for industry and travel. The decision has sent global shocks to the oil markets amid a lingering energy crisis from the Russia-Ukraine conflict.

This move comes as the E.U. seeks an alternative opportunity while pressing to encourage member nations to cut their energy use, not because winter is coming, but to lessen the bloc’s members’ long-term reliance on Russia. Furthermore, Western governments are attempting to limit the amount of oil money going to Moscow’s war chest after it invaded Ukraine.

The United States questioned the OPEC+ resolution on oil and gas output, calling it a “short-sighted decision.” However, OPEC+ members defended their resolution in light of uncertainties about future oil consumption and global economic slump concerns.

Consequently, Biden’s administration requested Saudi Arabia, OPEC’s de facto head, to postpone its oil supply resolution by one month. Notably, the White House’s proposal would have delayed the decision until after the mid-term elections in the United States. OPEC denied the proposal, pointing towards tighter global supply and higher prices amid inflationary pressures.

The Saudi government justified their decision on October 13, 2022. Saudi’s Energy Minister noted that all OPEC+ resolution is based on economic projections and demands. According to the statement, the Saudi Kingdom underscored through its ongoing conversation with the U.S. Administration that all economic evaluations show that delaying the OPEC+ decision for a month would have had severe economic implications.

From an African standpoint, one should ask, “What does this reduction in oil output mean for Africa?” Will the predicted increase in global oil prices favour the small number of African oil producers?

There is a huge expectation for the continent’s major petroleum-exporting nations to gain from the recent decisions. Thus, these questions place Africa in a dilemma. Many African nations might not cope with the compounding struggles of reduced oil production and the unavoidable soaring prices.

Africa’s cumulative oil production is less than a tenth of the total world output. Consequently, the advantages will almost definitely be equivalent to its share, resulting in a negligible gain. However, it is inevitable in terms of the influence it will have on the continent. The move will cause an immediate scarcity of oil in several African nations.

Most African nations lack a petroleum sector and rely solely on imports for end consumption. The persistent price increase will raise the cost of Africa’s oil imports. Consequently, the predicted rise in oil prices will significantly affect their economy.

The OPEC+ resolution aggravates Africa’s economic troubles, notably its goal to boost the price of oil per barrel. Thus, African nations should strive to enhance energy efficiency to limit the risk of oil price increases.

African governments must consider strategies to optimise the effective use of imported oil. The optimisation will reduce net oil import proportions to minimise expenses. More generally, African nations must explore these strategies to minimise their reliance on oil as their only energy source.

Reducing oil consumption by shifting to renewable resources represents a long-term or short-term solution. In contrast, if Africa is to benefit or gain from the imminent possibility of an increase in oil prices, these few oil-producing nations must expand their crude oil production and refinery capacity.