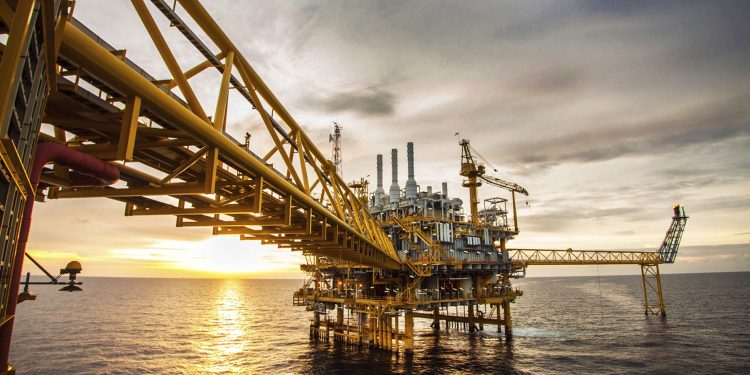 Oil and Gas in Tanzania has become an integral part of investment and attracting Foreign Direct Investment in Tanzania: Photo

Oil and gas economy in Tanzania has become another additional feature for in Tanzania's ambition playbook as it expands its investments.

Covid-19 and uncertainty may stress Tanzanians, but the oil and gas economy will never disappoint the East African nation, and sustainable investment won’t harm it.

While Uganda has already set its feet in the oil sector with the East African Crude Oil Pipeline project (EACOP), oil and gas in Tanzania present a lucrative and competitive element. There are signs that Tanzania could be the next oil and gas economy in East Africa.

It is against this background that the 2022 Tanzania Energy Congress (TEC) is being held in the East African nation under the flagship of the country’s Energy Ministry and under the patronage of January Makamba, the Minister for Energy.

The two-day conference (3 – 4 August 2022) will highlight the plans and priorities of the energy and hydrocarbons sectors in Tanzania.

Tanzania is an iconic and strategic member of the East African Community (EAC), one of the fastest-growing economic blocs in the world. In 2021 dwelling within recovery from the pandemic, Tanzania demonstrated exceptional resilience during times of uncertainty by holding onto the 4.1 per cent GDP.

Until recently, it was revealed by the Minister of Energy in January Makamba that Tanzania holds more than 57 trillion cubic feet (TCF) of gas. With this realization alone, Tanzania stands to draw billions and revitalize the energy sector on a broader scale.

Oil and gas in Tanzania have evolved into a very lucrative sector for Tanzania since the government of Tanzania made deliberate attempts to transform the extractives sector in terms of laws, policies, mutual benefits, taxation, and sustainability mechanisms imposed by investors.

Multinational investors have demonstrated their commitment to Tanzania, giving the nod to other global actors to jump in and add value to the sector. Shell, Equinor, ExxonMobil, and Ophir Energy are among the top oil and gas giants banking into the lucrative industry.

On June 12th Tanzanian President Samia Suluhu Hassan took the oil and gas economy ambition to the next level by witnessing the signing of the Host Government Agreement (HGA) for the $30 billion Liquified Natural Gas (LNG) project.

“My instructions are to continue to safeguard the country’s interest in the next stages of negotiations, and it is also important to note that it is give-or-take, so both sides should embrace fluidity to achieve the intended goal”, The ambitious Tanzanian president said.

Tanzania is now floating in the low-middle-income status, a position achieved through strategic planning and ambitions. Over the past decade, the nation has been experiencing promising economic trends.

The economy has been growing at the rate of 6.3 per cent over the past decade. Currently, the East African nation stands on 4.9 per cent GDP (March Q4 2021) (Tanzania Invest).

While the real GDP grew by 4.9 per cent in 2021, President Samia has bigger visions for the future as she embarks on reaching a GDP growth rate of at least 8 per cent yearly in the next five years.

With that development on the table, what will it take for Tanzania to become East Africa’s power hub?

Tanzania is not a newcomer to the oil and gas economy. The sector has evolved over the past decade and become a flagship sub-sector that stands to draw billions. The journey to the current standpoint, where Tanzania and a consortium of oil and gas giants have inked preliminary agreements, was tedious but necessary.

Gas exploration has been existing for more than 50 years in Tanzania. The first natural gas discovery in Tanzania was made in 1974 on Songo Songo Island, followed by the second discovery at Mnazi Bay in 1982.

That discovery took the sector’s attention from exploration to commercialization of the two findings, promoting more investments in Tanzania’s onshore and offshore gas explorations.

Since then, Tanzania has taken vital steps and achieved great strides in the sector. The nation began increasing natural gas production from 5.2 billion cubic feet in 2006 to 110 cubic feet in 2017—all volumes destined for local consumption (Tanzania Invest).

Ambitions to capitalize on natural gas to expand Tanzania’s energy capacity have been seeded for a while. In 2014 the Ministry of Energy announced its plans to develop an LNG plant in Tanzania.

At the moment, gas is domesticated in Tanzania. The nation displayed its seriousness when it made necessary efforts to realize the 542 km pipeline stretching from Mtwara to Dar es Salaam state’s commercial capital. In June 2015, the first delivery of natural gas for commissioning purposes.

By 2025 Tanzania expects to transform its energy sector by enabling the generation of 10,000MW to supply adequate power to Tanzanian homes and industries.

Local stakeholders such as the Tanzania Association of Oil and Gas Service Providers (ATOGS) are paving a smooth pathway for other investors abroad to partner with Tanzania’s oil and gas sector.

With the EACOP project, Kenya-Tanzania’s $1.1 billion gas export pipeline scheme and the LNG project in the bag, Tanzania is now on the proper pathway to exploit its oil and gas economy potential.

On that note, Tanzania has an interesting and inspirational energy growth story and there’s an opportunity for stakeholders to be part of the historic moment.

The Tanzania Energy Congress (TEC), which is held under the patronage of His Excellency January Makamba, Minister for Energy of the United Republic of Tanzania, will highlight the plans and priorities of the Ministry of Energy with regards to the next strategic steps in both the energy and hydrocarbons sector in Tanzania. TEC will kickstart from 3 to 4 August in Tanzania’s commercial capital, Dar es Salaam.