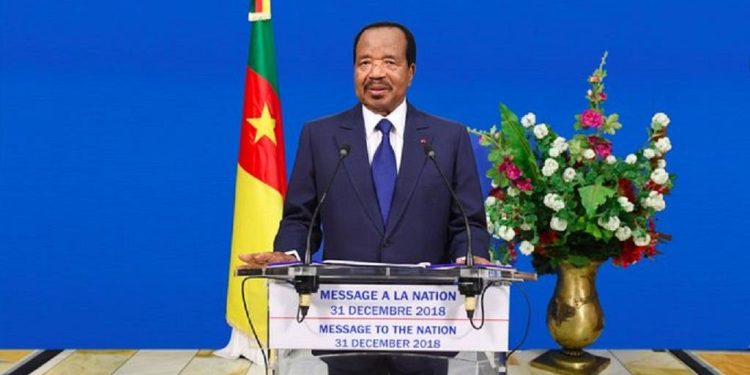 For the first time, Cameroon’s President Paul Biya has dispatched a delegation to Europe in an effort to persuade well-off Cameroonians now residing in Europe to invest in their home country.

However, members of Cameroon’s diaspora claim that investors are discouraged by the autocratic procedures and corrupt nature of Biya’s government.
According to government authorities, a delegation led by the Minister of Youth Affairs and Civic Education Mounouna Foutsou was deployed to Germany this week with the purpose of pleading with Cameroonians living there to invest in their home country.

Foutsou expressed his hope that all Cameroonians living abroad will put their disagreements aside in order to contribute to the nation’s growth and development.

“The president reaffirmed his invitation to Cameroonians living in other countries to return home and help build the country.”

“We use this chance to come and talk with the whole Cameroonian diaspora here in Europe so that we can tell them about the different opportunities the president of the republic and his government is offering so that the Cameroonian diaspora can come back and help the country grow,” Foutsou said.

Kennedy Tumenta is an investor who hails from Cameroon but currently resides in Germany. He stated that many people living in the diaspora find it challenging to accept the promises that are made by their government at home.

He stated that investors are wary of the country because of widespread corruption, high tax rates, and disbelief in the leadership of President Biya, who has been in power for the past four decades.
“In Cameroon, freedom is curtailed, and people are afraid to move about, conduct business, and speak freely. Most diasporans believe there is significant corruption when it comes to establishing enterprises in the country and that the Northwest-Southwest crisis is not being treated seriously by the government “said Tumenta.

The only way they can show their frustration is by withdrawing their assets from the country or by attacking the head of state.
Since 2016, separatists in Cameroon, which is predominantly French-speaking, have been battling to carve out an independent English-speaking state within the country. The United Nations estimates that 3,300 people have lost their lives due to the violence.

As a result of hostility toward the government on the part of some Cameroonians living abroad, since the beginning of the year 2020, at least seven embassies belonging to Cameroon have been stormed and looted.

Felix Mbayu is a highly regarded officer working for the Ministry of External Relations in Cameroon. He said that citizens of Cameroon who participated in such demonstrations were harming the country’s image.

Because of this, there are many medical doctors who have created hospitals and clinics and who bring medical supplies back to their native countries. You won’t find them in any of those pointless marches elsewhere. In point of fact, when you criticise the place you call home, you bring shame upon yourself.

It is believed that five million Cameroonians currently reside outside of the country. According to the government, the most significant population of people from the diaspora lives in Nigeria, where there are approximately two million people.

Additionally, there are significant concentrations in the countries of France, Germany, Belgium, the United States and the United Kingdom.

African nations must do more to maximise the economic benefits of migration.

Remittances to Africa have doubled in the 20 years since 1990, reaching approximately $40 billion (2.6 per cent of GDP) in 2010. After the foreign direct investment, they are the continent’s most significant source of net foreign inflows.
Remittances from Africa’s Diaspora have surged by 260 per cent in the last decade, rising from US$11.2 billion in 2000 to about US$40 billion in 2010.

Remittances provide significant benefits to the countries of origin of migrants. Remittances are more stable than other sources of foreign exchange at the macro level; their variation is often countercyclical, assisting in the maintenance of consumption and investment during downturns; and they enhance the creditworthiness of a nation by boosting the volume and consistency of foreign exchange revenues.