Kenya gets US$365 million dividend windfall from investments

The dividend income for 2021/22 is Sh13.67 billion greater than the objective of Sh29.9 billion set by the exchequer for the period, indicating improved financial performance.

Earnings from public investments by the government reached a record high of US$365million (Kshs. 43.66 billion) during the fiscal year that ended in June of this year, providing a boost to the National Treasury, which is under pressure to find the cash to support essential economic initiatives.

It is anticipated that the money, which was wired by parastatals, state agencies, as well as listed and private enterprises in which taxpayers have an interest, will help improve cash flow issues at a time when tax receipts have not entirely recovered from the economic shocks caused by the Covid-19 outbreak.

However, the dividend profits are less than half of the 116.14 billion shillings that the government generated from its shareholdings in the 2019/20 fiscal year.

The fall in dividends demonstrates that businesses have not yet fully recovered from the economic depression induced by the Covid-19 outbreak, which resulted in lower earnings even as others stopped dividend payouts to protect cash reserves.

A number of commercial parastatals, including Kenya Wine Agencies, KenGen, Kenya Power, the Central Bank of Kenya, the Kenya Meat Commission (KMC), and the East African Portland Cement Company, are owned in part by the Kenyan government.

Safaricom, the government’s primary source of dividends, substantially increased its dividends payout. Other state-controlled enterprises, like the power generator KenGen and Kenya Re, also increased their contribution during the review period, which helped to boost the total amount of dividends.

The Treasury will receive a total payout of Sh19.4 billion for its 35 per cent telco ownership due to the dividend announcement, making it one of the most significant recipients of the windfall.

In February, Safaricom paid an interim dividend to the Treasury in the amount of 8.97 billion Kenyan shillings.

Safaricom declared a final dividend of 0.75 shillings per share, which will entitle it to receive an additional 10.5 billion by the 31st of August.

Last year, the Central Bank of Kenya (CBK) paid out Sh10.5 billion in dividends to the Treasury, which helped ease a liquidity bottleneck at the exchequer. The CBK earns its income through interest on loans made to banks, government overdrafts, and currency exchanges. 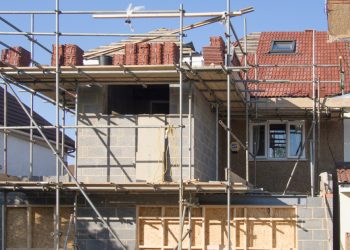