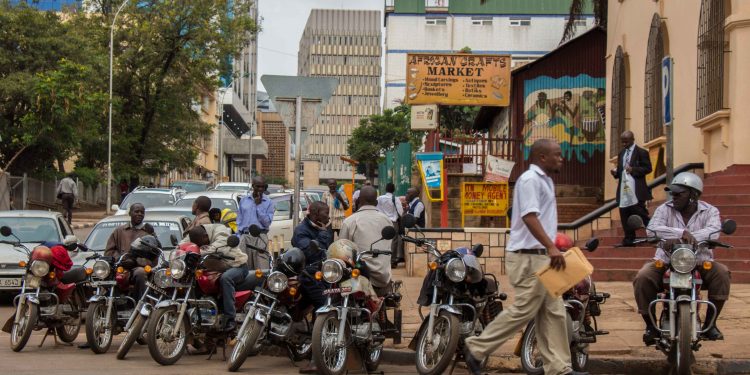 Uganda growth could lower and oil investment delays are part of it, IMF says

Authorities say that oil production may start at the earliest in 2022, although ongoing disagreements with international oil companies may further delay that date.

The International Monetary Fund (IMF) has taken a key interest in Uganda’s economy, whereas the East African economy is likely to grow by 6 per cent in the financial year 2019/2020 (July-June), which is slump from the previous projection of 6.3 per cent.

According to Reuters, the IMF noted the delays to be attributed by the delays in the public investment necessary for kicking off oil production.

On May 9, 2019, IMF statement noted that Uganda’s economy continued on its robust recovery with projected growth of 6.3 per cent in the fiscal 2018/2019, unequivocally highlighting the timely implementation of public infrastructure and oil-related projects would support growth in the medium term.

The Washington DC-based fund said in a statement published on Wednesday that, “Downside risks have increased linked to uncertainty related to oil production,”.

Also, the statement noted that “the electoral period and the complex external context” also weighed on the growth outlook.

However, Reuters reported that delays in providing key pieces of infrastructure like a pipeline and a refinery have prevented the start of oil production in the country. In September 2019, the East African Crude Pipeline project was deferred due to a broken deal between Uganda and Tullow Oil.

Uganda discovered crude oil reserves in Uganda’s west 14 years ago. Hence, authorities say that production may start at the earliest in 2022, although ongoing disagreements with international oil firms may further delay that date.

The oil fields are owned by France’s Total, China’s CNOOC and Britain’s Tullow Oil, with each holding an equal stake.

Uganda which is also among African countries with fastest-growing populations, its public debt has ballooned in recent years due to large loans from China and is seen surpassing the crucial 50 per cent of GDP threshold in the 2021/2022 financial year.

The projected revenue for the 2019/20 financial year could fall short by 9 per cent amid delays in the implementation of some planned tax-generating measures.