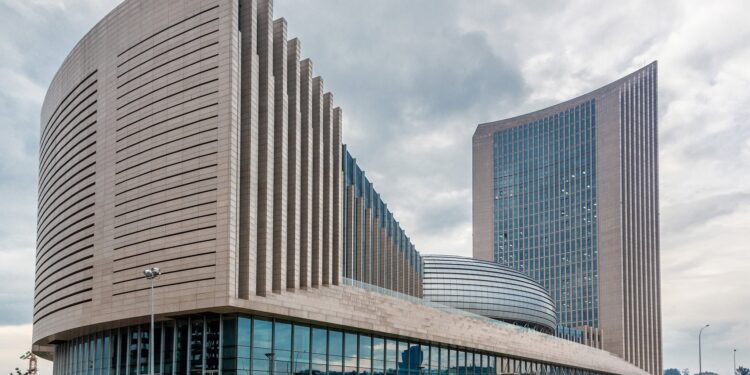 The AU headquarters in Addis Ababa, Ethiopia. Elections in African countries are some of the interesting events for the continent in 2022. [Photo/CGTN]

by Njenga Hakeenah
in Africa, The Indicator
0
Share on FacebookShare on LinkedIn

This year promises a bag of mixed fortunes for Africa with elections in African countries and political unrest making it hard to predict how well the continent will fare.

Some 18 African countries will be holding their suffrages this year as well as there are a number of nations facing some kind of unrest. These uncertain events and political unrest in African countries are putting the continent on a scale that could tip either way.

A hopeful situation is that Africa has largely dodged the Covid-19 pandemic but there is no telling where the continent will stand once the high octane events are concluded. A not-so-flowery picture is a conflict that is plaguing at least seven African countries.

Conflict in African countries is evident in Libya, Cameroon, the Central Africa Republic (CAR), South Sudan, Ethiopia, Mali and Mozambique. These countries are already in a state of unease as they are facing conflict situations.

In Libya, it is not tenable to hold elections since the mercenaries operating in the country have to leave first. Cameroon’s military solutions implemented after an Anglophone crisis are failing while the CAR has ongoing clashes which can only be resolved with new approaches.

A 2018 peace deal that reinstated Riek Machar as vice president was meant to formally end five years of bloody civil war. This deal is to be implemented this year in South Sudan yet political and ethnic clashes persist.  In Ethiopia, a negotiated settlement remains a priority even as the African Union’s efforts seem to be failing.

Mozambique is still in the grip of insurgency where SADC and Rwandan troops have seen an extension of their mandate to help keep the peace. All these events are key to democratic advancements and security on the continent where economic recovery after the pandemic should be a priority. Increased volatility means that the continent will take longer to overcome the negative effects of the pandemic while elections, depending on the outcomes, will determine the trajectories of the countries they are held in. 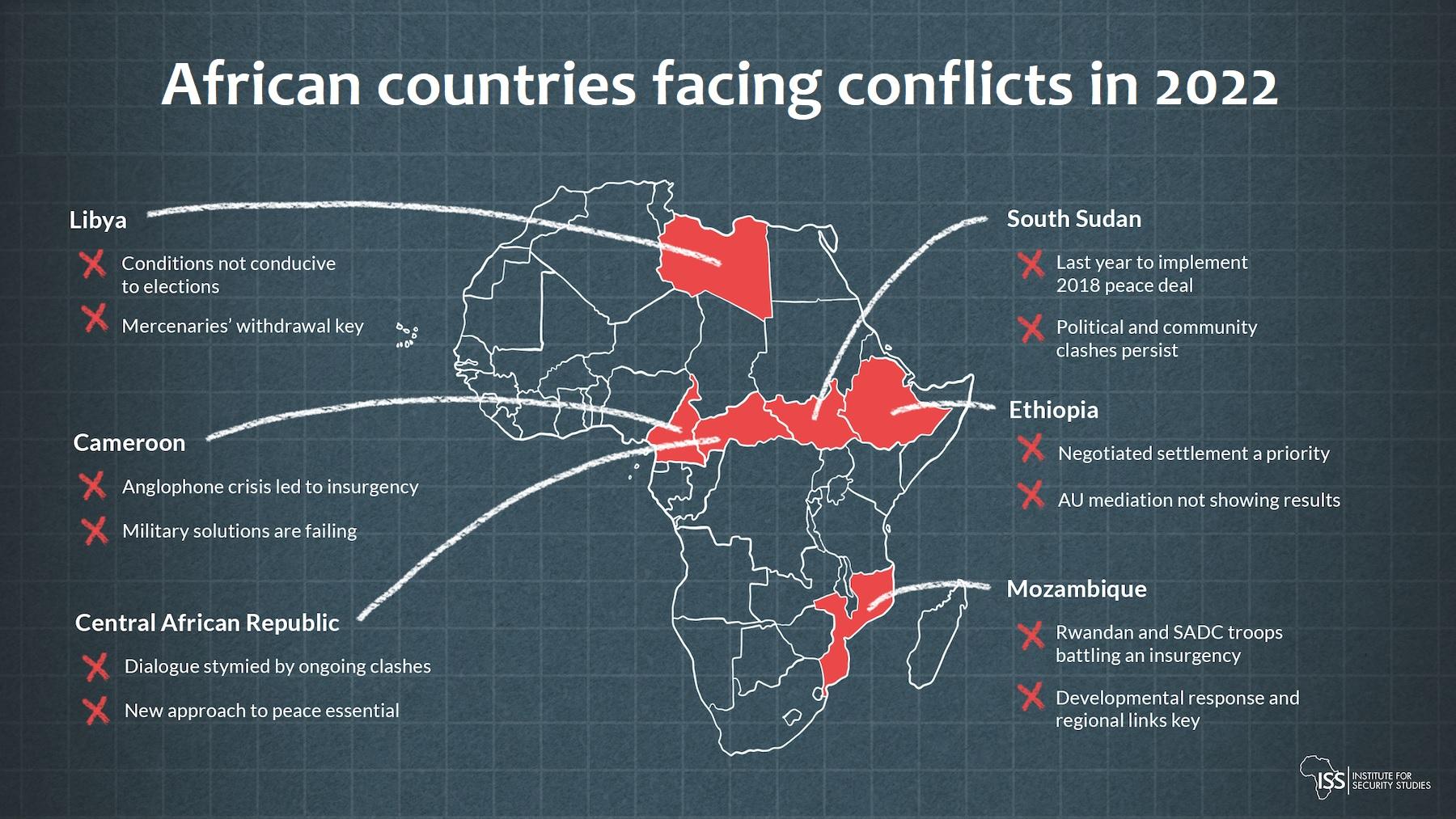 Looking at the slate of African coups, Guinea, Mali, Sudan, Chad, and Niger have all had successful or attempted coups since the beginning of the decade. This means that many African nations are fragile and democracy seems to not be working so well in some of these countries.

On the flip side, there have been successful elections in Malawi in 2020 while Niger and Zambia, Cape Verde and The Gambia held theirs in 2021.

Angola’s legislative elections will take place in August. The ruling Movimento Popular de Libertação de Angola (MPLA) has stated that João Lourenço will be the party’s presidential candidate. Lourenço is running for the second time.

The outcome of Kenya’s presidential elections which will be held on August 9 is hard to predict. President Uhuru Kenyatta, who is barred by the constitution from seeking a third term, is backing Raila Odinga, a long-time opposition leader who is gunning for the presidency a fifth time.

Odinga is running against William Ruto, Kenyatta’s vice president in what will be a hotly contested election since the 2007 polls.

Trade between African countries is limited and is worsened by language barriers and the lack of harmonised payment settlement systems. These challenges are some of the hurdles that the AfCFTA is meant to address.

In addition, the treaty proposes more value addition of resources produced in Africa before exporting them outside the continent. The extractives industry in Africa has suffered immensely from the sale of raw products which denies the continent the opportunity to create jobs that could help address the incessant poverty.

Africa is emerging from the pandemic-induced recession.

There is a notable increase in commodity prices in 2022 whose production will be enhanced by improved global commerce and the relaxation of stringent pandemic measures. But this is not enough.

What would be good news for Africa is its ability to add value to its energy, metals, minerals, and food produce.

This year will see the AfCFTA implemented and the initial hitches addressed as it becomes operational.

Already, the Pan-African Payment and Settlement System (PAPSS) has launched with plans and expectations to save Africa upwards of US$5 billion annually which have been incurred as payment transaction costs.

PAPSS is key to accelerating Africa’s transactions which are critical to the success of the AfCFTA.

The travel and tourism sector is expected to improve slightly as the year advances. This is despite the fact that less than 10 per cent of Africans are fully vaccinated.

Another factor in recovery is that non-extractive rich countries like Côte d’Ivoire and Kenya are rebounding quickly in comparison to the continent’s three largest economies- Angola, Nigeria and South Africa.

On another front, Ethiopia which is Africa’s second-most populous nation after Nigeria has opened its telecommunications industry to the private sector. This has created an avenue for foreign investment and improved the country’s reputation which has been dented by the ongoing strife.

The internet remains a big deal for Africa.

In 2022, the digital revolution of African goods and services and supply chains will continue. However, fluctuating currencies, heightened volatility, credit and liquidity issues will be a major concern for many governments and their populations.

With accumulated sovereign foreign-currency-denominated debt hitting a new high of US$1 trillion in 2021, this phenomenon will continue to rise in 2022.

Does this mean that international creditors will find better ways to cancel, restructure or suspend debt as per the G20’s Common Framework? Depending on what happened in the midst of the pandemic, African governments should not hold their breath waiting for such measures.

With countries like China pussy-footing around the debt cancellation issue, it is yet to be seen who the well-meaning international partners for Africa are. While the jury is not yet out on the debt issue, all indications are that the debtors will have to honour their end of the bargain at all costs.

But it is not all doom and gloom.

Africa’s journey into the future has already started. With tech-savvy youths and internet penetration growing, the future is limitless.

Read: Are African governments “eating up” their people?

Harnessing opportunities afforded by AfCFTA by looping in women