Coronavirus effect on crude oil: Prices at all time low

The price for crude oil is down 60 percent since the year started and it is only tumbling further, global oil news reports.

On the one hand, analysts blame the ongoing coronavirus pandemic and on the other the price war between Saudi Arabia and Russia is said to have contributed to the sharp drop.

Even the movers and shakers are feeling the pinch, oil in the US plummeted 34%, crude oil falling by 26%, and brent oil falling 24%. Associated Press reports that prices this week dropped to an 18 year all time low of under USD20 a barrel for the US.

Speculators say it is the best time to invest, pessimists would have you shy away from taking the risk.

The idea is a simple business law, buy when prices are low and sell when prices peak, so technically, the advice to buy into the oil business now is sound. Or, since prices are only set to drop further over the next few months, might as well wait for them to drop even lower.

“U.S. shale oil output is expected to have the biggest monthly drop on record…”  the EIA

On the one hand, analysts blame the ongoing coronavirus pandemic and on the other the price war between Saudi Arabia and Russia is said to have contributed to the sharp drop.

Oil in the US plummeted 34%, crude oil falling by 26%, and brent oil falling 24%. Speculators say it is the best time to invest, pessimists would have you shy away from taking the risk.

Reuters even reported that major US players like Exxon Mobil and Chevron, have already announced a cut in spending meaning they will produce less and less crude oil over the course of the coming months.

According to the U.S. Energy Information Administration, global prices of crude oil prices will average USD 43.30 a barrel for 2020 and then peek at USD 55.36 per barrel next year. That is in the optimism that by next year, the coronavirus pandemic will be over or at least will have subsided.

No one is safe, OPEC countries and Russia have also agreed bring their oil output by a whopping 9.7 million barrels per day (bpd) this month and all through May and June.

Greed or just business: How the rich stay rich

The reason all these producers are cutting down prices, as mentioned, is to keep their profits up. Here we have another simple economic law, since demanding is falling because there are lock downs on travel and other economic sectors too, then if they do not reduce production then the market will be flooded i.e. supply will exceed demand and as a result prices will fall and these giants will lose money.

So to make sure they keep prices relatively where they are now, they are cutting down production so that supply and demand are balanced stabilizing the prize or rather, keeping the price high.

The International Energy Agency (IEA) reports that “…an estimated drop in demand of 9.3 million barrels a day this year is equivalent to a decade’s worth of growth.”

The agency says the global demand for oil will this year fall down to the lowest levels of recent history “…due to the economic lockdowns enforced around the world to contain the coronavirus pandemic.”

This month will be the worst hit by the demand fall and hence it has been christened ‘Black April.’

We may see it was the worst year in the history of global oil markets – IEA.

Sector experts are not for this argument, ‘producers are lowering product to keep prices high so they can keep pocketing enormous amounts of profits.’

Rather, industry pundits explain that, the cost of production is just too high to keep producing large amounts when demand is dropping sharply.

”While the cheaper energy can be helpful for consumers and energy-hungry businesses, it is below the cost of production. That is eating away at the state finances of oil-producing countries, many of whom are relatively poor economies, and pushing companies to bankruptcy.”

Further still, it is reasoned that since there is widespread ban on travel, no one is really able to even enjoy the fall in prices anyway.

However, this view is not shared across the table. Other functions even say the cuts production  cuts are ‘too little and too late’  and so pries will inevitably keep falling over the coming weeks, and guess why, because there is already so much oil in storage such that the ‘small’ cut in production will not be enough to force prices back up or even to stabilize them, for now.

So, this is a good time to buy oil, but as the experts seem to argue, what exactly are you going to do with it? Well store it for future use is one option, what do you think? 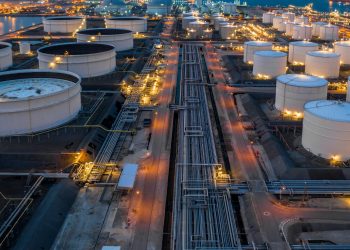