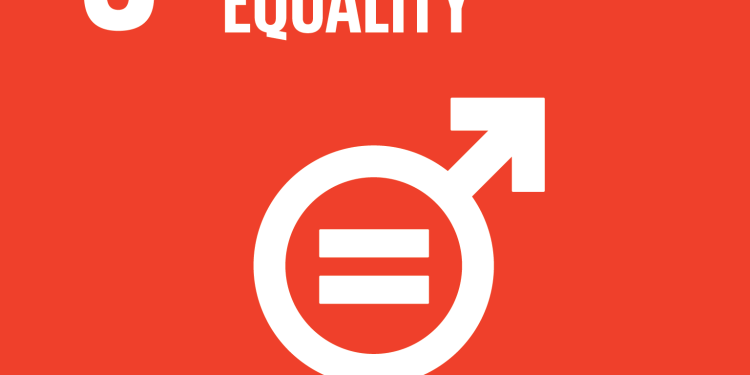 The African Development Bank (AfDB) is seeking to get certified as a gender equal company under the Economic Dividends for Gender Equality (EDGE). EDGE is a global certification programme for gender equity in the workplace.

Under this certification, the AfDB will be recognized as a gender equal organization. This is a commendable step for an organization that only three years ago was 83% male.

‘As of 2019 the executive workforce at the African Development Bank was men,’ the Bank attests. However, within three years, the ratios of women at senior leadership have changed from 17% to 32%.

The World is moving towards equality and the private sector is leading the way. While government policies must be strengthened to provide the necessary legal framework, the private sector advocacy and adherence to these policies is vital for sought after equality

As the continent’s leading lender, it is paramount that the Bank set an example on such crucial socio-economic issues as gender equality. Strategically, the Bank announced its EDGE certification ambitions a day before the International Women’s Day was observed on March 8th.

“We have made excellent progress. There is more room for improvement. It’s about empowerment and ending under representation…EDGE certification will help us,” said the Bank Senior Vice President Bajabulile Swazi Tshabalala during an online launch of the Bank’s processes towards EDGE Certification..

Acknowledging that EDGE certification is a shared responsibility, the Senior Vice President went on to clarify the Bank’s ambitions.

“At the Bank it’s our duty to lead by example…Organisations that fail to achieve a healthy gender balance are short-changing themselves,” the diplomat said.

Under the launched EDGE Certification process, the African Development Bank has set 2025 target to achieving 50/50 gender parity across its entire workforce. What this basically means is more employment for women and the resulting socio-economic benefits for the families, organization and country as a whole.

In her comments, the Bank’s Vice President for Human Resources and Corporate Services, Mateus Magala, said the Bank is dedicated to demonstrate its commitment to providing equal opportunities for all without any gender biasness.

Describing the EDGE Certification launch process as ‘a public declaration that we will continue to improve our gender index,’ Magala affirmed commitment to focus on what she described as ‘…capacity development initiatives that will move us towards a gender-equal Bank.”

What this means, as pointed out before, is not only more employment opportunities for women but promotions to high executive positions.

No one put it better that Magala when she said; “Ultimately, the EDGE certification process is changing the gender DNA of the bank.”

In this transformation process, the Bank maintains transparency and calls to both employees and stakeholders to hold the Bank accountable for any gender prejudice.

An example of this affirmative action is the Bank’s Affirmative Finance Action for Women in Africa (AFAWA) initiative. This is a program that is designed to among other things, bridge the financing gap for African women therefore increasing financial inclusion where it matters most.

Only this year, between January and February, using the AFAWA vehicle to drive financial inclusion for women, the African Development Bank Group approved close to half-a-billion dollars that was lent to more than 2,100 women entrepreneurs.

Another $12.7 million has been approved to enhance the financial and business managerial skills of 17,000 female business owners and farmers. Under AFAWA, the Bank uses a gender marker system for projects and operations, that is, there is a preference afforded women businesses in lending and other funding options by the bank.

Even when it comes to employment, the Bank uses a coding employment program that is designed to ensure that 47% of its sign ups are women.

“We aim to brand ourselves as a gender-compliant organization internally and externally, EDGE matters,” that is the Bank’s stand and nothing will say the AfDB is a gender fair organization than certification by the Economic Dividends for Gender Equality (EDGE).

A Gender Parity Vehicle: What is EDGE?

Launched at the Annual Meeting of the World Economic Forum in 2011, EDGE assessment methodology and certification is designed to assist companies to create an optimal workplace for men and women.

Through a rigorous process, accurate measurements of a company’s compensation scale, representation, inclusiveness of career development opportunities, training and other indicators, are independently verified. As they implement affirmative actions and see clear pointers that those initiatives are creating change, participating companies will move from one level to the next.

More than 200 companies are already working on or have achieved EDGE certification, including several multilateral development banks.

Over the course of the afternoon participants heard presentations, followed by a robust question and answer session.

“As a Bank we have made this public declaration that we want to held accountable for gender relations. Let us respect the commitment we have made today. This is not only an HR issue,” he concluded.

Did You Know?  Despite progress, gender gap bridging has slowed recently.

Since the December 2016 departure of Ursula Burns as CEO of Xerox Corp, there have been no black women heading Fortune 500 companies.

in recent years, the percentage of women in top management positions and on corporate boards has stalled.54