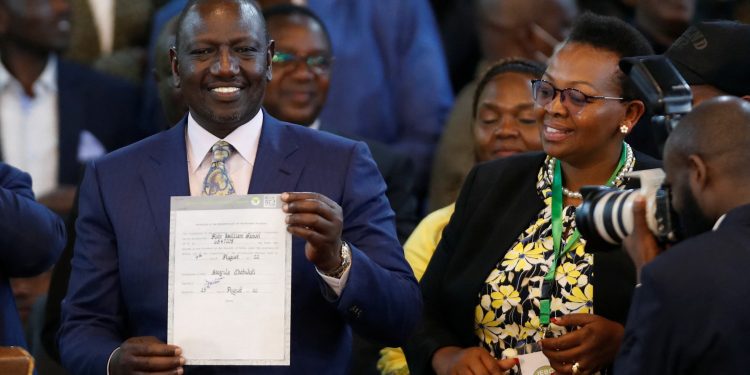 Kenya's President-elect William Samoei Ruto and presidential candidate for the United Democratic Alliance (UDA) and Kenya Kwanza political coalition reacts after being declared the winner of Kenya's presidential election at the IEBC National Tallying Centre at the Bomas of Kenya, in Nairobi, Kenya August 15, 2022. [PHOTO/REUTERS]

After an against-all-odds election victory, the question now arises of whether William Ruto will deliver on his bottom-up economics for Kenya

As described in his manifesto, Kenya’s president-elect William Samoei Ruto’s bottom-up economics plan appealed to the electorate all over the country.

Kenya went to the polls on August 9 2022. On August 15, the Independent Electoral and Boundaries Commission (IEBC) declared William Samoei Ruto president-elect. However, Kenya’s longstanding opposition leader, Raila Amolo Odinga, challenged Ruto’s election victory at the supreme court. Nevertheless, after a gruelling legal battle, the apex court found no convincing evidence to nullify the election result. The decision by the court confirmed Ruto as the country’s head of government for the next five years.

The voter turnout in Kenya’s 2022 election stood at around 64%, also 20% from 2017. Cynicism, low trust and resignation characterised tactical, pragmatic voting. Moreover, a general decline in political engagement was evident. Only 2.5 million new voters got registered against a target of 6m.

Voters have generally expressed frustration with the political class. Consequently, voters now anticipate fewer drastic changes in elections. Thus they voted pragmatically. The people backed the candidate who they considered provided the most outstanding deal in terms of economic benefits and social amenities.

The voters’ decisions were apparent in both candidates’ overstated promises about social welfare, internet connectivity, housing, education and health. Moreover, the triumphant Ruto’s populist portrayal of himself as a self-made “hustler” up against the “big men” and dynastic families that have monopolised Kenyan politics since independence proved effective.

Ruto convinced the majority of voters despite his complex political history, insider status as a deputy president, and massive personal wealth. The youth appeared the most convinced. And although they had an underwhelming electoral impact, their influence could prove crucial in Kenya’s future.

Although under-35s make up 75% of Kenya’s population, they account for just 40% of registered voters. This invisibility is sometimes misinterpreted as voter apathy, although it is more likely the outcome of discontent with the status quo.

While the unemployment rate among 15- to 24-year-olds is more than twice that of the general workforce, Kenya’s youths are becoming more educated, globalised, online, involved, and radical. The youth represent a  political and economic resource.

Regional and ethnic affiliations have characterised Kenya’s past elections. Nevertheless, a worsening economic situation prompted economic considerations to surpass these traditional cleavages in this year’s election.

For the first time, none of the major contenders was from the dominant Kikuyu tribe, which has given three out of the four Kenyan presidents since independence in 1963. Both campaigns highlighted Kenya’s economic issues above vows of ethnic, regional or party devotion.

The approach was a necessary reaction to Kenya’s relatively high debt and expense of living. Multiple sources stated these concerns were the key election issues in 2022. Government debt-to-GDP has virtually quadrupled since 2013 to 67%, while increased inflation at roughly 6.5% caused the government to raise subsidies for maise flour, fuel and fertiliser in the months running up to the election.

Building on the profound scepticism that characterised the 2022 election, the leading contenders did not prioritise corruption as an issue. Both candidates advocated a “zero tolerance” stance on corruption and pledged to clean up Kenyan politics. However, both have been accused of wrongdoing. Each of the candidates denies the accusations.

ALSO READ: How Kenya’s economy performed in the first half of 2022

Bottom-up economics might not be a walk in the park

Kenya’s critical macroeconomic difficulties include excessive debt and growing inflation. It might prove challenging for Ruto to solve issues and simultaneously deliver his vows to aid the poor and increase the prospects of the country’s “hustler nation”.

Ruto’s initiatives – notably those linked to universal health, education and social security – would enhance productivity over time if well executed, but they will be costly. Tax hikes to pay for them will likely antagonise his followers and contradict his promises.

Ruto played aggressively to Kenya’s agricultural heartland and the extensive network of informal MSMEs. The incoming president wants to exploit these sectors to significantly expand the economy as part of a bottom-up economic approach.

The president-elect has promised that people will have trading licences and business locations on request under his leadership. The promise also includes extending a $420 “hustler fund” as affordable credit to MSMEs.

Moreover, Ruto’s “hustler government” also promises to cut agricultural imports by up to 30 per cent. This move would raise agricultural productivity through financial management resources and capital injection.

The hope and relief of bottom-up economics

As described in his manifesto, Kenya’s president-elect William Samoei Ruto’s bottom-up economics plan appealed to the electorate all over the country. The high cost of living and the rising commodity prices have mainly caused despair and hopelessness among those at the bottom of the economic pyramid.

Ruto’s promises, if realised, might give significant relief from poverty and insecurity, notwithstanding the current catastrophic drought, weak institutions, and worldwide economic instability.

Ruto’s victory is thrilling for the most vulnerable members of Kenyan society. Still, if the incoming president fails to deliver on his campaign promises, political confidence will be difficult to regain, and social unrest will likely occur in the long term.

Ruto positioned himself as a man of the people. This title came with significant social security obligations, a bottom-up economic strategy, and a strong invocation of class consciousness. Consequently, he established a solid support base among the young, the poor, the jobless, and those involved in the periphery urban and rural sectors.

Ruto’s followers wanted him to enhance their level of life after he defeated the candidate who advocated for a continuation of the status quo. If he fails, these expectations may degenerate into a more volatile, combative, and harsh political climate, which is likely to disintegrate in the election of 2027.

William Samoei Ruto has also pledged complete devolution under the constitution. This move will confer considerable health, agriculture, water, and urban ecosystem duties to county governments. They will become increasingly important economic and political actors, with substantial variations in performance across counties becoming much more pronounced. 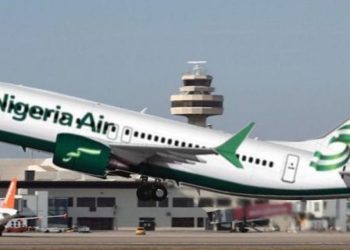