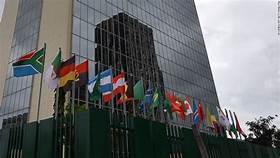 The African Development Bank (AfDB) ‘2020 African Economic Outlook’ report is very optimistic about East Africa’s economic performance, despite the setbacks of Covid-19. The report shows that on average, the region registered growth of 5 percent throughout all of last year.

Once again, it is the small landlocked Rwanda that booked the highest growth rate reporting an impressive 8.7 per cent. However, worth noting is that Rwanda’s annual economic growth did take a hit from the global pandemic and slowed to 3.6% in the first quarter of 2020.

Second runners up was none other than Ethiopia which brought home 7.4 per cent in economic growth last year says the 2020 report. Next in line is Tanzania which garnered a 6.8 per cent growth, much higher than the rest of world by all standards.

The report say, despite the global pandemic and the economic burdens thereof, Tanzania’s growth is expected to stay on the same trajectory raising an impressive 6.4 per cent throughout 2020 and even increasing slightly next year to 6.6 per cent.

Worth noting, the country brought down inflation to a mere 3.3 per cent in 2019 down from 3.6 per cent in 2018 and the Tanzanian shilling was stable throughout 2019 muscling it up with the dollar.

ALSO READ: Is Africa ready for a recession in 2020?

With more and more African countries finding oil and gas reserves, the continent is performing reasonably well. For the first time, according to the African Economic Outlook report, in over a period of 10 years, Africa’s GDPs had more money put in investment spending than in consumption, as was the norm.

Driven by infrastructure investments and natural resource exports, Africa’s economic growth is forecast to rise to about 4 per cent this year and next from 3.4 per cent in 2019 – AFDB.

“The expected acceleration in growth to 3.9 per cent in 2020 and 4.1 per cent in 2021 will be marked by a shift away from private consumption towards investment and net exports.”

Even though Africa is experience growth and at least two East African countries, Kenya and Tanzania having achieved Middle Income status, the AFDB report is somber in that only a third of countries have achieved inclusive growth.

“…based on current trends, Africa is not on track to meet an international goal of eradicating extreme poverty by 2030,” cautions the report.

Pundits advice African government’s to place more emphasis on passing business friendly policies and improving the business and investment climate in general. Should the continent achieve this, then more and more African countries will be able to attract foreign direct investment and this will in turn create jobs and provide much needed foreign exchange.

As Africa increases trade with Europe, America and even China, it needs more foreign exchange to trade profitably and to get this forex, it needs foreign direct investment. Similarly there is the issue of managing their own internal revenues.

The AFDB report candidly points out the matter of tax policy and tax administration, it cites the two areas as playing pivotal roles in  increasing domestic revenue and in turn investing the same in national development projects.

Here, the report advices that Africa moves towards more spending on investment projects rather than consumption. As already exhibited in the past year, Africa is in fact doing just that, investing in natural gas projects and oil prospects.

“This shift can help sustain and potentially accelerate future growth in Africa, increase the continent’s current and future productive base, while improving productivity of the workforce” reads the report in part.

However, to g hand and hand with this investment should be investment in manpower, that is, Africa needs to build up its skilled labour workforce. To do this, African countries must invest in better education schemes.

This fact could not have been emphasized more than the AFDB dubbing its report’s theme “Delivering education and skills for Africa’s workforce of the future.”

ALSO READ: UNCTAD: How Africa’s economy will perform in 2020

Coddles do not go to East Africa alone, in fact most of the rest of Africa also exhibited high performance. According to the report, in West Africa you had countries like Côte d’Ivoire which had a growth of 7.4 per cent, then there is Ghana which had 7.1 per cent growth and Benin which had growth of 6.7 per cent.

The annual African Development Bank (AfDB) report show cased other African regions that posted strong growth to include regions in North Africa that averaged 4.1 per cent and Central Africa that maintained a slow but steady growth with 3.2 per cent growth for 2019, up from 2.7 percent in 2018.

Elsewhere on the continent you have Southern Africa countries rather lagging behind on the lows of 1.2 per cent and in some cases even as low as 0.7 percent.

What the Pandemic is teaching us about Health System Readiness