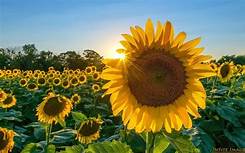 Tanzania is looking to be the regional leader in production of sunflowers and with it to become the lead producer of edible oils.

To meet this target, Dodoma, the nation’s administrative capital has been selected to grow both sunflower and groundnuts too.

A 4.4bn/- investment is slated to kick start the project while at least one refinery plants valued at 1.5bn/- is expected to produce at least 30 tonnes. While the regional production capacity has not been made public, Dodoma and its vicinities already boasts of over 10 small and medium sized plants.

Experts say the region has the perfect climate for sunflower and groundnuts production. The semiarid climate has in the past worked for the production of groundnuts in large amounts and was the leader in export of the legumes.

Now years later, the region maybe revived to its glorious days. However to achieve this, public private partnership is needed but stakeholders feel there is only paper promises but little is been actually done on the ground.

Sector experts highlight the need for financial backing, increased expertise and inputs are needed if the town is to produce at a capacity that is sufficient enough to meet regional demands.

Without bringing the two sides to the table, the government and the private sector, then the needed investment will not be reached, at least not anytime soon. High standards are needed if the region’s production is to meet international standards and the produce to be good enough to compete in international market.

Sunflower oil is on high demand and groundnuts are very nutritious, production of these two products will serve to boost the country’s industrialization ambition. Set up of the farms would be accompanied by building of processing and value addition plants from which final products will be produced.

Such large investment would also create numerous jobs directly at the processing plants and elsewhere on the outskirts, it will attract small businesses that employ millions of Tanzanians.

So Tanzania’s ambition to become a regional leader in the production of edible oils is a win-win for the country. It will attract foreign currency when exported and it will allow for skills transfer at the plants were also jobs will be created. However, no time frame has provided so far as when activities will begin on the ground.