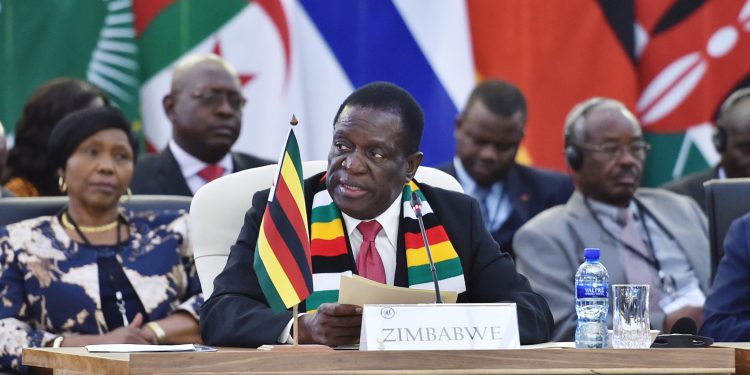 The business community and foreign investors must view Zimbabwe’s economic developments, especially those brought on by the constantly changing policy positions of that country’s government with deep concern and suspicion.

May was a watershed month this year for the southern African country whose government announced a raft of measures to curb what it called economic sabotage and malfeasance by members of the business community.

The announcement was made on national television by the head of state and government President Emmerson D. Mnangagwa. The measures were borderline bizarre, unprecedented and for the most part ill-advised.

To sum them up they prohibited the banking sector from lending which is their core business and essential to the functioning of an economy.

The government climbed down from this position after ten days. The government prohibited businesses and individuals from making third-party international payments for goods and services which again is a faux pas because hardly will an entity involved in international trade procure goods from the country they are produced, and they are dispatched from there.

Government also raised taxes for investors on the Zimbabwe Stock Exchange and made participating on the local bourse less appealing. For example, an investor who takes a position on a stock listed on the Zimbabwe Stock Exchange and decides to exit that position in under 270 days will be charged a 40% tax on the proceeds. Investors will be charged 20% if they hold their investments for longer than 9 months.

Additionally, participants on the Zimbabwe Stock Exchange will no longer be allowed to fund their trading accounts from third parties. Relations between the government and the business community have not been lower which is especially ironic for the President who in the early days of his presidency after taking power in a coup that ousted long-time president Robert Mugabe in 2017 declared that Zimbabwe was open for business.

President Mnangagwa is no stranger to extreme measures and interventions. In January 2019 he raised the prices of fuel in the country which led to riots and protests that were quashed by the army. Part of the government’s response to the protests was to switch off the internet. The government’s reasoning for the drastic move was that the internet was fueling the protests.

The ban on the internet was eventually lifted when the order was challenged by a leading telecom operator in court. These measures are hardly the stance that a government that claims to be open for business should take. Governments that have the growth and development of their economies at heart can scarcely afford to be openly hostile towards business.

The relationship between government and business is one that is symbiotic. The government as the regulator should make it a top priority to create an environment that is conducive for businesses to thrive and grow. Economies grow when business is allowed to and given the room to thrive. Former Standard Bank Group chief executive Jacko Maree captured this relationship and the Zimbabwean conundrum beautifully when he said: “… you cannot be pro-growth and anti-business.”

He said these words in a CNBC interview when asked about the relationship between the government of South Africa and the business community.

Populist policies are also not new to Zimbabwe. The government has historically tended to adopt them for political expediency even at the cost of the well-being of the general economy. Zimbabwe in the 1980s and 1990s was a net exporter of food and agricultural produce. This was until the Fast-Track Land Reform Program which was marred by chaos and violence. Zimbabwe is still to recover from this policy which was implemented 22 years ago. The economy has reeled from this move ever since.

The country went from being a bread basket whose role in the economic bloc of countries known as SADC was food security to be being not only a net importer of food but a nation that is reliant on food aid because a substantial portion of its population is food insecure.

The Herald, a prominent government tabloid ran an article in its paper titled, “Sabotage crackdown: 12 banks fined”. The article reported that at least twelve banks had been penalized for financial indiscipline during a recent crackdown embarked on by the government when it temporarily stopped them from lending money to the public. The article further reports that the President said that only 4 of the 16 banks that comprise the banking sector were absolved of any wrongdoing during what he said were investigations by the Reserve Bank of Zimbabwe. The investigations according to the tabloid were to identify culprits engaged in malfeasance which resulted in spiralling inflation and a spike in the exchange rate on the parallel market.

The report was mum on what the actions of the banks that constituted the malfeasance and economic sabotage were. The banks have been blamed by the government for lending to individuals and companies who then use the loan proceeds to purchase foreign exchange on the parallel market driving up the rates in the process. This claim is nefarious and dubious when one considers that the population of Zimbabwe is still largely financially excluded to the extent that only a few individuals would be able to access credit from the banks and even fewer would be able to access credit facilities they would then use to purchase foreign exchange in a manner that would move the parallel market exchange rate to the extent that it has.

The movement of exchange rates on the parallel market has been caused by the government itself. Firstly, the government introduced a currency that economic agents have no confidence in because it did not have the macroeconomic fundamentals to give it credence. There was no parallel market for foreign currency during the years that the country made use of a basket of currencies.

Secondly, the government reportedly purchases foreign exchange on the parallel market. Through the central bank, the government issues new currency and then purchases foreign currency on the parallel market and drives up the exchange rate. It has been documented and widely reported that this is taking place on a grand scale, that the central bank is creating money supply and using it to purchase foreign exchange.

The prohibition of banks to lend was damaging and far-reaching. It further undermined any confidence in economic agents and prospective foreign investors in the country. Very few investors would be comfortable placing their capital in an economy where the levers that enable an economy to function can be turned off at the drop of a hat like access to credit facilities. For Zimbabwe’s economy to really turn around business needs the unconditional support of the government.

The hostility between these two important parties is not helpful in the long run. The government needs to implement enabling policies for businesses to grow and thrive. This is the only way the economy of Zimbabwe will grow and emerge.