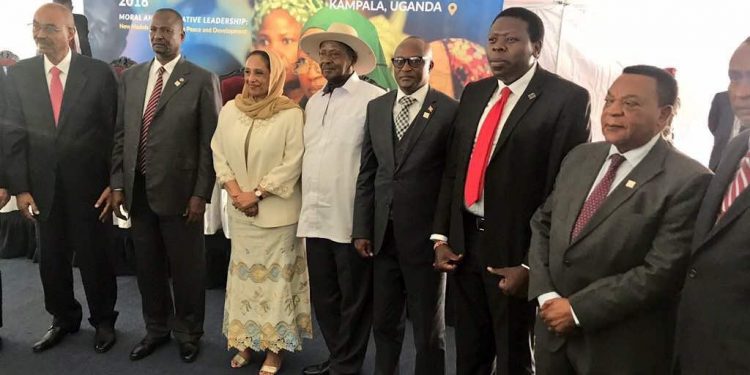 Social media and other digital platforms are also very powerful tools to prevent conflict and extremism and promote greater understanding and tolerance.

When there is conflict, it is the general society and businesses that suffer the most, in fact business should be at the forefront of advocacy for peace.

With almost every element of business going digital, the question of digital platforms been used for radical sentiments is not a political agenda but a socio-economic one.

There is need to take concerted action to promote and facilitate peace especially now, in an age where social media is been used to spread radical content online. Social media and other digital platforms are also very powerful tools to prevent conflict and extremism and promote greater understanding and tolerance.

“We have to take steps to ensure we instill seeds of peace and tolerance for one another, and social media is a great platform to reach youth to promote peace” Martha Nghambi the, Country Director for Global Peace Foundation Tanzania asserted.

Speaking to media over the weekend, the Country Director announced that the foundation will this July (30-31) holding a virtual conference to promote global engagement in various peace agendas.

The Kenyan economy suffered immensely after the 2005 national elections and the conflict that arose. It has now taken the front line in addressing conflict not only as a political endeavor but a socio-economic one.

Kenya is the largest economy in the East African Community (EAC) it has since then been facing competition from all its neighbours with Rwanda exhibiting higher economic growth despite its genocide history and Tanzania becoming the biggest competitor for economic supremacy in the region. Conflict affects the day to day operations of businesses and disrupts education systems which in turn affects nations’ ability to produce human resources.

“The conference was slated for Nairobi but as country’s are still recovering from the global pandemic, we will be hosting the conference online,” she said.

That conference brought together more than 1000 delegates who are regional leaders and where Kenyan President Uhuru Kenyatta’s speech was read by Cabinet Secretary Hon. Eugene Wamalwa and representing Tanzania’s President John Magufuli was the late Honourable Minister of Justice and Constitutional Affairs Augustine Mahiga.

The Country Director went on to emphasize the importance of youth engagement as direct beneficiaries and victims of violence.

“Addressing peace with youth makes them advocates, it educates and empowers them to take action rather than been taken advantage of,” she said..

Additional to that she said, “… we have an ongoing project ‘Wanawake Sasa’ which aims at empowering young women in Moral Leadership and conflict prevention to promote peace before during and after the general elections.”

GPLC is a biannual strategic high level convening by the Global Peace Foundation and partners. It brings together leaders from government, business, academia, non-profit sector, and religious communities to exchange perspectives on effective leadership in complex and diverse societies.

It is held as a Private Public Partnership with hosting governments and multilateral agencies with participants coming from the region and various parts of the world.