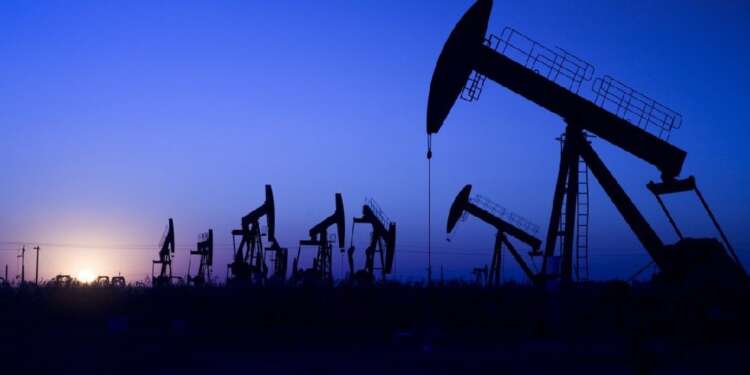 An oil well silhouette. Oil prices have plummeted heralding a tough time ahead- at least in the foreseeable near future- for oil exporters in Africa. [Photo/Bigstock]

Oil prices have plummeted heralding a tough time ahead- at least in the foreseeable near future- for oil exporters in Africa.

The chaos started when Saudi Arabia and Russia disagreed over production cuts leading to the oil price war which has led to the huge oil price drops the last of which were witnessed the 1991 Gulf War.

This tiff came after Russia refused to cut production as requested by the Organisation of the Petroleum Exporting Countries (OPEC) due to the reduced oil demand occasioned by the Covid-19 coronavirus pandemic. With Saudi Arabia retaliating, the world is now experiencing the biggest drop in oil prices to around $30 per barrel.

While this is happening miles away from Africa, oil exporters on the continent have not been spared. Nigeria and Angola are particularly affected with their economies registering the negative effects of the slump in crude oil prices.

The IMF notes that for the Sub-Saharan Africa nations that export oil, their prospects will be dim in 2020.

“Growth in oil exporters is projected to decline from 1.8 per cent in 2019 to −2.8 per cent in 2020. This is a downward revision of 5.3 percentage points from the October 2019 Regional Economic Outlook for Sub-Saharan Africa.”

The report notes that in Nigeria, the largest economy in the region, GDP is expected to contract by −3.4 per cent, mainly reflecting the large drop in oil prices and the impact of containment and mitigation measures on economic activity.

Globally, closed borders and travel bans due to the novel coronavirus have dramatically dampened the demand for oil.

Nigeria and Angola are Sub-Saharan Africa’s top producers and the losses occasioned by the virus could exceed US$10 billion if prices do not rebound from the US$30 price.

The West African nation of Nigeria is the continent’s biggest oil producer and according to Brookings, it is particularly vulnerable to low oil prices since oil exports make up 90 per cent of its total export earnings.

“The country needs oil prices to be around US$60 per barrel to balance its budget,” the Institute notes.

For Angola, Africa’s second-biggest crude oil exporter, Brookings says that the economy is in an even direr situation since it is more dependent on oil exports.

“The country’s energy sector contributes about half of Angola’s GDP and over 90 per cent of total export earnings, and the country also relies on oil prices around US$60 per barrel to balance its budget,” it adds.

Generally, the region’s economies regardless of whether they are oil exporters or not will be affected to varying degrees with the World bank noting that growth is also expected to weaken substantially in the two fastest-growing areas—the West African Economic and Monetary Union and the East African Community—due to weak external demand, disruptions to supply chains and domestic production.  The region’s tourism sector is also expected to contract sharply due to severe disruption to travel.

The African Energy Chamber (AEC) has urged OPEC and OPEC+ to work together for a deal to restore market stability.

With the crash in oil prices, the Chamber says that key projects awaiting FID such as ExxonMobil’s Rovuma LNG have been delayed with others already on the move such as Senegal’s Greater Tortue Ahmeyim facing an extension of their timeline to provide for capex cuts.

Still, the AEC adds that several drilling contracts have been terminated or cancelled, or simply won’t be happening.

“This is the case across the continent, especially for much-awaiting drilling operations like in The Gambia or Angola. On top of that, thousands of jobs could be lost in the African energy sector if the situation was to linger.”

And in its report, Africa’s common sense energy agenda against COVID-19 and the oil price war, the Chamber says that the impacts of the current crisis are wide and affecting both Africa’s most promising exploration prospects, but also its multibillion-dollar landmark projects.

“While the immediate impact on the continent’s biggest oil & gas project is already being felt, a much bigger one will result from the deferral or cancelling of drilling plans,” the report notes.

The AEC adds that the double crisis of the covid-19 pandemic and the collapse in oil prices is taking a toll on African economies and the African energy industry.

AEC says that bouncing back from this historic crisis will require strict and bold government action.

It is no doubt that African oil producers face tough times ahead but with ships stranded with oil they cannot dispose of could just be a sign that it is time to get clean alternatives.