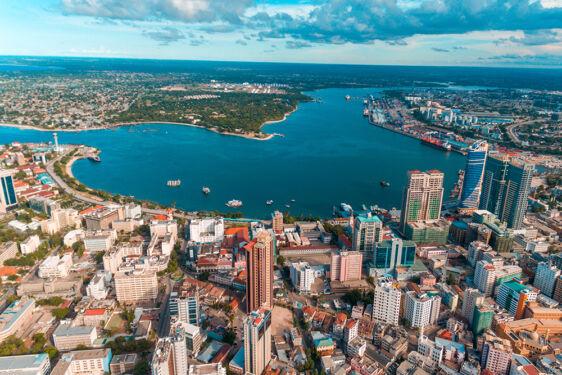 The Tanzanian economy has dropped from 6.6 per cent to 4.7 per cent last year due to COVID-19 shocks.

The central bank of Tanzania (BoT) released a monthly economic review report this week the report depicted the performance of different sectors of the economy.

Tanzania has been maintaining its inflation rate over the past month in 2021. According to this monthly report, inflation has continued to remain down, evolving within the country and regional targets.

The report argued that the twelve-month consumer price index (CPI) headline inflation eased to 3.3 per cent from 3.5 per cent in the previous month, which is rather widely driven by the slowdown in prices of non-food consumer goods and services.

“On a month-to-month basis, headline inflation was 0.9 per cent in February 2021, compared with 0.8 per cent in the preceding month. Inflation is projected to remain within the target range of 3-5 per cent for the remaining period of 2020/21,” the BoT report noted.

Within the same context, the report pointed that on twelve-month core inflation, which represents changes in prices of consumer goods and services, besides those of unprocessed food, energy, fuel and utilities, eased to 3.6 per cent from 3.8 per cent2. The decline was driven by the decrease in prices of housing and information and communication.

On this section of the economy, the report painted a rather fair performance. According to BoT, in February 2021 the bank managed to sustained to implement a monetary policy easing to support banks in lending to the private sector.

“Credit extended by banks to the central government, which was through the purchase of government securities, grew by 7.2 per cent, within the borrowing limit outlined in 2020/21 Government budget. Credit extended to the private sector increased by $213.4 million, equivalent to annual growth of 2.5 per cent, almost as in January 2021,” the report argued.

On the bright side, Tanzania economy has seen the foreign exchange market remains stable, “supported by a narrowing current account deficit and sustained prudence in fiscal and monetary policies” the BoT report argued.

Over the past five years, Tanzania has seen a confident rise in revenue collection breaking records. Hence, in this report, the domestic revenue performance in February 2021 continued to be at a reasonable level, though is considered to be lower than the set targets.

Further in that line, Tanzanian government expenditure has continued to be streamlined with available resources and priorities.

Tanzania is not new to debts. In this case, the report showed that the stock of external debt, comprising the public and private sector, reached around $24,652 million at the end of February 2021.

“The debt stock represented an increase of $ 82.5 million and $ 2,199.0 million from the preceding month and the corresponding month in 2020, respectively. The increase in debt stock during the month was mainly on account of new disbursements, which outweighed repayment. Disbursements amounted to $ 53.2 million, of which $ 52.2 million was received by the central government for development projects. Debt service payments amounted to $ 6.9 million, of which $ 3.8 million was principal repayment and the balance was interest payment,” the report noted.

However, the report went further and showed that the profile of external debt by borrower category remained unchanged in February 2021, with debt owed by central government accounting for 77.7 per cent, and the balance by the private sector and public corporations.

On domestic debt, the report portrayed that, the debt amounted to more than $6.4 billion in February 2021, an increase of $90 million and $526 million from the preceding month and February 2020. Thus, the report said that—this increase was attributed to the new issuance of treasury bills and bonds, which outmatched repayments.

READ:Ensuring maize from Uganda, Tanzania is approved for export to Kenya

In this important sector of the economy, things were not exciting. According to the report, the value of exports of goods and services amounted to around $8.5 billion during the year ending February 2021 lower than $9.7 billion in the corresponding period in 2020, which was largely attributed to the decline in services receipts.

“The value of traditional exports decreased to $ 631.9 million from $ 961.1 million, owing to decline in the value of cash crop exports namely, cotton, tea, sisal, cashew nuts, clove and tobacco,” the report noted.

However, the report pointed out that, the value of non-traditional exports increased to $ 5.2 billion from $4.1 billion in the corresponding period in 2020, driven by good performance in manufactured goods, horticultural products, gold and other minerals.

This portion of the economy also had a less interesting performance. According to the report, during the year ending February 2021, the import bill for goods and services decreased to $8.9 billion from $10.7 billion in the corresponding period of 2020, which is largely driven by a decrease in imports of capital and intermediate goods.

Tanzania is already setting up measures to transform its economy after being affected by the global shocks of COVID-19.