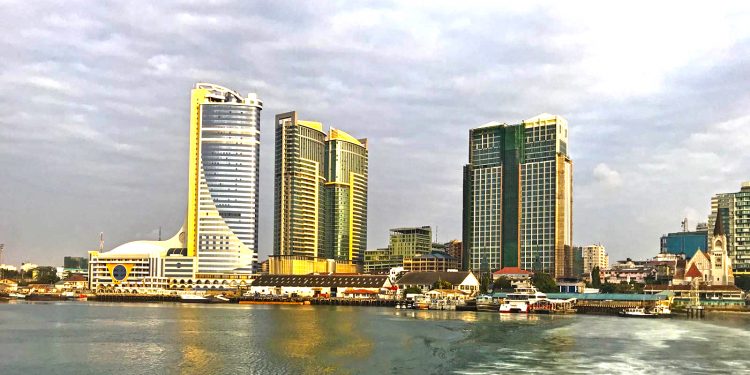 The monthly economic review produced by the Tanzania central bank (BoT), depicted rather positive prospects of the economy, such as inflation, fuel prices and food stocks, despite the grim grip of the coronavirus (COVID-19), which hurt several sectors of the economy.

Government budgetary operations took a slight hit, as the domestic revenue collection performed below the target due to the virus grip, standing at almost $559,000.

“However, the collection was higher than in the corresponding %54.4 million and an increase of $ 867.1 million from the end of the preceding month and the corresponding month of 2019, respectively. Much of the external debt stock was central government at 78.2 per cent” the monthly review noted.

According to the central bank report, Tanzania domestic markets maintained a strong stance, despite the interbank foreign exchange experiencing a mild pressure due to low tourism forex flow, due to virus grip.

“Domestic financial markets remained with adequate levels of liquidity in May 2020, in line with the accommodative monetary policy pursued by the Bank. This was reflected in the primary market of government securities that were characterized with strong demand and low and stable money market interest rates” the report argued.

“On month-to-month basis, consumer prices rose by 0.2 per cent compared with 0.4 per cent in May 2019. Inflation is projected to remain low in 2020/21, ranging between 3 and 5 per cent, in line with the medium-term target of 5.0 per cent. The projection takes into account adequate food in the country, the stability of exchange rate, and forecasted subdued oil prices in the world market” the report read in part.

However, average wholesale prices on particularly most major food crops rose in May 2020 compared to the previous month. While, Petroleum products decline in pricing within domestic pumps, whereby the fall of prices triggered by the virus was a factor.

“Similarly, on monthly basis, domestic pump prices of petrol, diesel and kerosene were lower than in the preceding month by 14.7 per cent, 12.7 per cent and 27.6 per cent,”  the report said.

The sector saw a rise in exports particularly driven by cashew nuts, cotton, cloves and sisal. The increase in exports of cashew nuts and sisal manifested in both volume and prices, while that of cotton and cloves rose on account of volume, owing to good weather conditions, according to the report.

This particular sector marked promising numbers, as exports of goods and services amounted to nearly $9.9 billion in the year ending May 2020 compared with over $ 8.6 million in the corresponding period in 2019.

Further, the report noted that “export of gold rose by 46.8 per cent to $ 2.5 billion as a result of an increase in both volume and price, and accounted for 55.7 per cent of non-traditional exports. In May 2020, the export of gold amounted to $ 245.7 million compared with $160.1 million in May 2019. The price of gold in the world market remained high, apparently due to weakening of prices of financial assets due to the outbreak of COVID-19”.

Building materials and construction materials, related to the public infrastructure projects topped the imports. Despite the global price fall, oil imports rose by 2.7 per cent equivalent to nearly $1.6 billion and made up 20.1 per cent of all good imports.

Despite the external debt standing at nearly $22.5 billion at the end of May 2020, the report argued was representing a decrease of $54.4 million and an increase of $ 867.1 million from the end of the preceding month and the corresponding month of 2019, respectively.

READ: What’s next for Africa’s Economy past virus grip