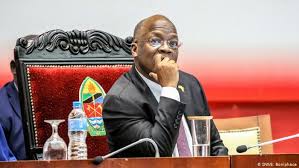 What it means for Tanzania achieving lower-middle income status

Five years ahead of schedule Tanzania achieved middle income status. To be exact, the World Bank changed it’s classification from ‘a low-income to a lower-middle-income country.’

East Africa’s sleeping giant is finally awakening. Right in the middle of the global Coronavirus pandemic, Tanzania has provided a rare piece of good news — on 1 July 2020, the country achieved its middle-income vision five years ahead of schedule. – The Africa Report

The World Bank’s news was announced to the country by it’s President John Magufuli bringing even more recognition to the achievements of Tanzania’s fifth administration.

In his twitter handle, the president posted the new country status emphasizing the achievement was accomplished five years ahead of time.

So the question on everyone’s mind is, what does middle income status mean?

Well, it simply means that the on average, the people of that country are earning more household income above the World Bank’s threshold of low and middle income.

That is per year by the way; the average income for Tanzanians is now USD 1 080 per year, or in other words, less than USD 100 per month and a little above USD3 per day. There you have, Tanzania has moved the traditional Africans surviving on less than a dollar a day.

This achievement put the country above the World Bank’s current threshold for lower-middle-income status.

As expected, critics went ahead to argue that ‘the World Bank’s updated classification did not accurately reflect the lives of most Tanzanians.’

Further still, it was purported that the achievement ‘does not align with first Tanzanian President Julius Nyerere’s vision of human-centered development.’

Lets stick to the monetary implications, after all, the status is defined based on average income of Tanzanians. In basic high school economics, ‘Per capita income is obtained after dividing country’s Gross Domestic Product (GDP) with its population. So by definition, ‘GDP is a monetary value of all the finished goods produced in the country in a specific period of time.’

However, there is the matter of what ‘average income’ really means, in the free trade capitalist world, to each their own, ‘average income’ is arrived at after summing up all incomes and dividing them by the population.

So technically, it means you could easily have a lot more poor people but a lot richer fewer people and when you put together their incomes, well the average is enough to, say, rise a country from low to lower-middle income status.

Consider this description published in the local media1 “GDP is yet another confusing measurement as it does not give the ‘redistributive’ picture to anyone who tries to get an individual progress in that particular country.”

“World Bank statistics shows that the country has 36 per cent of its people living below 1.9 US dollar per day, whereas Tanzania with relatively low GDP and bigger population has recorded only 26 per cent people under a poverty rate.”

Because the #Tanzania population grew faster than poverty was reduced in 2018, about 14 million Tanzanians lived in poverty, up from 13 million in 2007 and 12 million in 2012.’

In the US, to qualify for certain government subsidies and aide, like college grants or food stamps for that matter, your income, or the income of your caretakers, has to be below a certain level. Once you exceed that level you no longer qualify for aid.

For Tanzania, this new income status means that it no longer qualifies for certain aid packages. Most of these packages are wrapped up in preferential trade agreements.

Taking EU’s Everything But Arms (EBA) agreement as an example, the “…scheme grants all Least Developed Countries (LDCs) a full quota and duty free access to EU Single Market for all products with an exception to arms and armaments.”

So this means that Tanzanian goods are no longer in the ‘duty free’ zone of the EBA, which technically means they will be charged more. In other words, it is now more expensive to export to European countries because of high taxes.

“ According to United Nations Conference on Trade and Development (UNCTAD) – which has the ownership of LDCs classification mandate – a country will be regarded as an LDC if has per capita income of less than 1,025 US dollars among other criteria.”2

Africa's Next War - How water will determine continental security