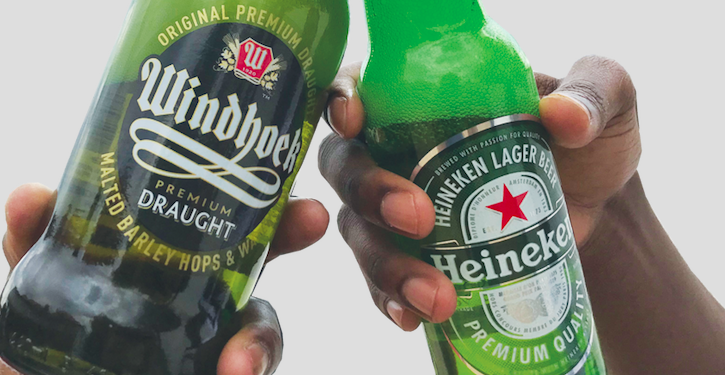 Africa represents a market opportunity for global mergers and acquisitions players to geographically diversify their capital away from traditional markets such as North America, Europe, and Asia.

In recent years, mergers and acquisitions activities have become an important channel for investment in Africa for both global and local market players. These deals have allowed companies to consolidate their positions in African markets, contributing to better market access and competitiveness.

Heineken is the second biggest beer producer in the world and is active in producing, marketing, and distributing beer and other beverages. The acquisition will thus place NBL in a better position to compete with other global players within and beyond Namibia’s borders, such as AB InBev.

According to NBL, the acquisition could see the foreign direct investment of close to N$10 billion flowing into Namibia and is lauded as a major vote of confidence in the country and the region as a whole.

However, this is subject to seven conditions, including no retrenchments and the establishment of a small business development fund, among others.

The approval from NaCC comes with terms that include no retrenchments of employees below management level for five years, products consumed in Namibia must be manufactured or at least bottled in Namibia, and the creation of an MSME Development Fund. The NaCC said after careful analysis of the proposed merger, it considered customers, competitors, and other industry stakeholders.

Arney Tjaronda, the junior equity analyst at HEI, said conditions set by the NaCC protect the interests of ordinary Namibians.

“Mergers and acquisitions often result in massive lay-offs, but the moratorium on retrenchments means people will keep their jobs, especially those below management level, which could be the unskilled to semi-skilled labourers,” he said.

Creation of an MSME Development Fund

The NaCC imposed a condition requiring the establishment of an MSME Development Fund.

“The fund will be used to build the capacity of selected MSMEs, thereby making them sustainable. The fund is aimed at capacitating MSMEs, and by doing so will lead to growth and the sustainability of the sector, leading to further employment creation and economic growth,” the NaCC said.

The MSME Development Fund will be used to develop, among others, technical trade and operational skills, end-to-end business management skills, digital, technology, or related skills, or to build capacity in areas of business directly or indirectly related to servicing the merged entity, including the supply of technical services, the supply of secondary packaging, and the supply of advertising and promotional services.

Retrenchments of employees below management level for five years

The commission said due to the similarity in operations of the merged entities, the merger may result in a duplication of functions and positions, and it imposed a moratorium on retrenchments.

“There shall be no retrenchments of employees below the management level of the merged entity in Namibia as a result of the merger for five years,” the NaCC said.

The regulator said retailers would be free to allocate up to 10% of chilled space/refrigerators in each beverage cooler owned by NBL or Distell Namibia in any on- and off-consumption outlet in Namibia.

“This allocation right will apply only to products manufactured or packaged in Namibia by Namibian-owned and Namibian-controlled companies. The existing NBL commercial policy must be amended, and the merged entity will educate its employees and inform the market of the new changes to its commercial policy,” the conditions read.

The commission said it identified entry barriers as a concern, particularly the ability of small Namibian companies to enter the market.

NBL’s commercial policy prohibited retailers from placing other products in NBL-branded refrigerators. After the merger, the likelihood of this policy being enforced could deter or limit the entry of Namibian-owned and Namibian-controlled undertakings into the market.

A further condition is that the merged entity will license the rights to produce, market, distribute and sell Heineken’s Strongbow brand in the territory to a purchaser within one year.

“The commission further directed the merged entity not to engage in any activity that could reduce the value of Strongbow, hinder its sales, or render it an ineffective competitive product. Strongbow must be divested to an entity that does not have any relationship with the acquiring group and its subsidiaries,” the note reads.

Since all of Distell’s products are manufactured in South Africa and imported into Namibia, the NaCC said products consumed in Namibia must be manufactured or at least bottled in Namibia and in so doing, create additional employment and contribute to further industrialization and economic growth.

It was therefore determined that the merged entity would establish a significant proportion of Distell’s current production in South Africa for products supplied in Namibia, backed by significant investment in existing and new production capacity at NBL’s facilities.

The other condition is that the merged entity will continue sourcing services procured from Namibian-owned undertakings.

The Commission was concerned that the Merged Entity might source products or services abroad (i.e., import substitution). The Commission imposed the following conditions to ensure that local sourcing continues post-merger. The Merged Entity, in respect of Input Products, sourced locally pre-merger and having regard to existing agreements shall continue sourcing the referenced Input Products locally.

Read: Namibia and Botswana remove a barrier to freedom of movement, abolish the use of passports