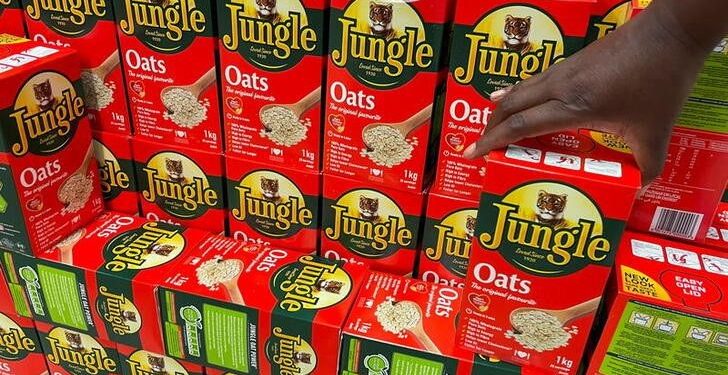 The company's long-term objective is to meet 65% of its electricity requirements at a manufacturing level across South Africa with sustainable energy solutions by 2030.

South Africa’s largest food producer, Tiger Brands, has announced it would shortly roll out solar power at its production facilities.

This will mark the beginning of investment into sustainable energy in the multi-million rand range.

The company’s long-term objective is to meet 65% of its electricity requirements at a manufacturing level across South Africa with sustainable energy solutions by 2030.

The company Tiger Brands notes that onsite solar power and other renewable energy solutions will be installed at 35 of its manufacturing sites across South Africa by the year 2030.

The company will start with four sites, each generating 2 megawatts of power, supplying at least a third of their total power consumption.

The first four locations are Tiger Brands’ Henneman Mill in the Free State, beverage and home & personal care production operations in Gauteng and its King Foods in the North West. Both King Foods and Tiger Brands are located in Gauteng.

The company estimates that these locations should start producing solar power between the fourth quarter of this year and the first quarter of 2023.

The acquisition of power purchase agreements from independent power producers and the exploration of additional options for using renewable energy will be used to accomplish this goal.

In addition to solar power, Tiger Brands is researching the use of other energy sources such as wind, biogas, batteries, and hydrogen, amongst others.

According to Derek McKernan, Chief Manufacturing Officer of Tiger Brands,

“Harnessing the power of natural energy sources is foremost about minimising our environmental impact by doing our part to reduce dependence and the strain on the national grid so that more South Africans have access to the resource.”

According to the company, it has implemented several programmes to reduce the amount of energy used at its manufacturing sites to maximise its efficiency efforts.

Several of these optimisation projects involve conducting in-depth site investigations to locate areas where water and energy consumption can be cut and ensure that accurate measurement and metering are carried out at the locations in question.

This aligns with its goal of lowering its energy intensity by 30 per cent by 2030.

“We are not offering a one-size-fits-all answer. We want to make sure that we examine the needs of each site separately and adopt programmes and innovations that are best suited to each site while eliminating all types of electricity waste,” McKernan added.

This decision comes at a time when South Africa is still struggling with catastrophic power outages and is also attempting to transition away from its reliance on fossil fuels. Causing businesses to steer clear of relying on Eskom, the struggling state-owned utility of the country, for their electricity needs.

Eskom blackouts can last up to six hours, which causes production delays and damages sales.

Eskom, the troubled power corporation responsible for providing most of South Africa’s electricity, has had a challenging time keeping the lights on for many years and has been forced to apply load-shedding to prevent the grid from collapsing.

During the country’s ongoing power crisis, President Cyril Ramaphosa recently refocused the government’s efforts to end load shedding on the use of renewable energy.