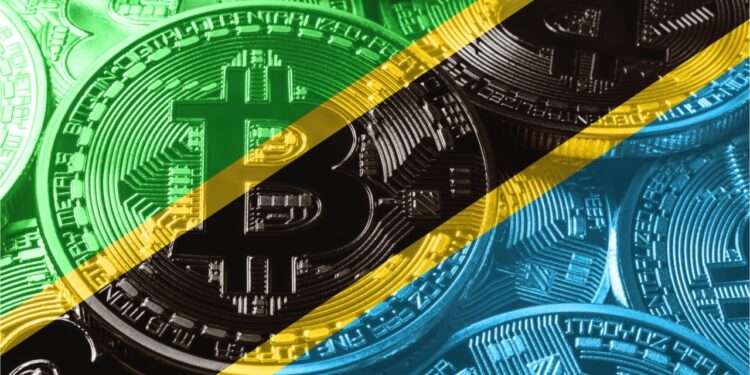 Tanzania going round in circles over cryptocurrency adoption

The Central Bank of Tanzania is currently enhancing the knowledge and building capacity of its personnel in anticipation of the debut of its digital currencies.

The Central Bank of Tanzania (BoT) is planning in creating its own digital currency in a move aimed at tapping the opportunities offered by cryptocurrencies.

Prof Florens Luoga says that plans for the Central Bank Digital Currency (CBDC) are already in motion to ensure that Tanzania does not fall behind in adopting digital currencies. President Samia Suluhu who took over from the Late John Pombe Magufuli is pro-crypto.

Luoga, who spoke at a two-day Conference for Financial Institutions in Tanzania in November, said that the Central Bank is currently enhancing the knowledge and building capacity of its personnel in anticipation of the debut of its digital currencies.

However, there is no timeframe for when regulations will be issued.

In June, President Suluhu asked the country’s financial leaders to prepare for crypto and blockchain as the country drops its conservatism and flies its doors open to the new era of digital currency.

Bahamas became the first country in the world to launch its CBDC in October 2020. South Korea, China and Sweden are among the countries in the early phases of developing their own CBDCs.

In Africa, Tanzania is in the race to adopt cryptocurrencies and join Nigeria whose eNaira went live on October 25, 2021. With the launch in Nigeria, over 400,000 new wallets were registered with 12,500 transactions totalling US$113,000 in less than two weeks after the debut.

In 2019, a circular purported to be from the Directorate of Economic Research and Policy at the Central Bank of Tanzania claimed that there was a study undertaking to determine the degree of cryptocurrency’s impact on the Tanzanian economy.

This was in order to register brokers for the sector.

The circular, read in part: “Please be informed that the Bank of Tanzania is conducting research to analyse the extent of cryptocurrency and online forex trading and their implications for the Tanzanian economy. It will be determined by the results of this survey if brokers in this sector need to be registered in the country.”

With the latest declaration, it seems like Tanzania is going round in circles in matters cryptocurrency.

Rwanda, in a letter dated August 26, 2019, announced that it was considering launching and issuing a digital currency. It joined Malawi, Egypt, South Africa, Zambia, Kenya, and Zimbabwe which were just a few of the African countries that had taken a position on cryptocurrencies, either regulating, restricting, or warning the public about them.

Cryptocurrency is a hot topic in Africa, and governments and authorities are taking notice.

Nigeria is the first country in the world to adopt cryptocurrency and it has become a fertile environment for other countries to follow suit.

Since bitcoin requires a smartphone to access blockchain networks, the World Economic Forum (WEF) reports that cryptocurrency adoption in the region was relatively quick. GSMA, a global mobile industry association, estimates that by 2025, there will be 474 million smartphone users in Africa, up from the current 303 million.

However, the expanding popularity of this novel form of money is changing traditional financial flows to and from Africa,” Brookings stated in a September 2021 publication.

Poverty, infrastructure issues and civil conflicts have contributed to the fact that at least 57% of the population remains unbanked in Africa, making it one of the poorest regions on Earth.

Due to Africa’s terrain, crypto has made it to the hands of valuable entrepreneurs that are disrupting crypto in an innovative way, regardless of this. However, there are still underlying difficulties that are preventing the broad adoption of crypto.

For blockchain startups, the problems and opportunities are both exciting and daunting.

Most African central banks have prohibited financial institutions from enabling cryptocurrency transactions in recent years. When it came time to provide a digital currency to residents in Nigeria later this year, Nigeria’s Central Bank overruled this decision.

Over the next ten years, Nigeria’s GDP might grow by US$29 billion thanks to President Muhammadu Buhari’s support of the cryptocurrency. The blockchain community in Nigeria is thriving.

Over 2.5 million people use the eNaira portal every day, with 33 banks on board, NGN500 million (US$1.2 million) minted and over 2,000 customers on board, according to Central Bank Governor Godwin Emefiele.

For the rest of Africa, there are important things to keep in mind when it comes to the continent’s adoption of crypto.

According to the World Bank, the median GDP per capita in Sub-Saharan Africa is US$1,483, whereas the EU’s GDP per capita is US$33,927. This means that African wealth output is 22 times lower than that of the EU.

WEF notes that Africa has dominated peer-to-peer (P2P) payment platforms in terms of transaction volume across all regions.

Throughout Africa’s history, cryptography has shown to be a critical component of the economy throughout trying times. As indicated in numerous surveys, including that of the WEF, bitcoin has been identified as the region’s leading cryptocurrency.

South Africa, Zimbabwe, Nigeria, and Kenya, to name a few, found it a safe refuge from inflationary pressures.

As the advancement of blockchain technology and adoption in other nations in Africa indicate a possible shift, many African countries remain reluctant to accept bitcoin into their economies.

Cryptocurrency adoption in Tanzania, or the indication to, is a great illustration of how governments have embraced it. Government officials under the late President Magufuli did recognize the potential of blockchain technology as a financial tool.

The future of cryptocurrency in Africa is enormous. Governments only need to deal with their cold feet towards its adoption.

Too much debt? This tool helps lenders not lose to high risk borrowers

Want a new car? Get one through Autochek Africa

For Russia, Africa is a "geopolitical arena with many competing players”