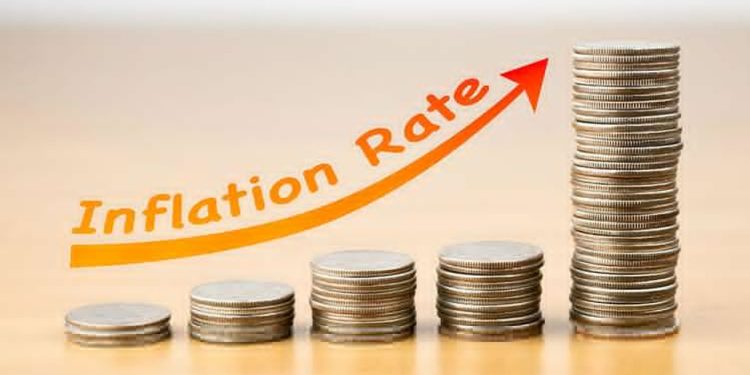 The latest inflationary surge in Africa is considerably more structural and will take much longer to subside. [Photo/saheliantimes]

With the rising inflation in Africa showing no signs of abating, harsh economic times seem inevitable

Even though their inactivity on rising inflation has eroded their credibility, some central banks, like Kenya’s, have been upfront about prioritizing economic growth.

The rising inflation in Africa has hampered post-pandemic economic recovery

Sub-Saharan Africa’s rebound surprised the unexpected in the second quarter of 2021, causing a significant upward adjustment in the earlier year’s expected growth, from 3.7 to 4.5 per cent.

However, this year’s progress has been threatened by Russia’s invasion of Ukraine, which has caused a global economic shock that has hit Africa at a time when the government’s policy space to respond to it is small to nonexistent.

Furthermore, the shock exacerbates some of the region’s most important policy concerns, including the COVID-19 pandemic’s economic and social impacts, climate change, increased security threats, and the United States continued tightening of monetary policy.

As a result, the region’s growth velocity has slowed this year, with economic activity forecast to climb by 3.8%. While the economic recovery is expected to accelerate to over 4% in 2023, this pace will not be adequate to make up for lost progress due to the epidemic.

Post-pandemic and global issues aggravate the rising inflation in Africa

An inflation crisis is brewing up all across the planet. While African economies are recovering, it is unlikely they will get exempted. Increases in consumer prices have varied substantially among nations in Africa. However, rising inflation appears like a common theme throughout Africa.

According to World Bank projections, inflation in Sub-Saharan Africa is anticipated to reach 12.2 per cent by 2022. The spike follows a worldwide pattern as consumer prices soar worldwide, hurting mature, rising, and developing nations.

Inflationary pressures have not emanated from uniform causes, but a few common factors have caused prices to rise over the world. The coronavirus (COVID-19) pandemic continues to cause supply disruptions in economies worldwide. As a result of Russia’s incursion into Ukraine, energy and food costs have skyrocketed.

Before the Russia-Ukraine conflict, low harvests and trade limitations caused by the COVID-19 epidemic had already influenced food prices on the African continent. In Sub-Saharan Africa, food inflation was 11.7% as of November 2021.

In comparison, the rate was 6.9% in November of this year. Because Russia and Ukraine are essential exporters of wheat to Africa, prices are expected to climb further amid the conflict in Central and Eastern Europe.

African countries’ reliance on Russian and Ukrainian wheat imports varies, but it exceeds 30% in most cases. For example, all of Benin’s wheat comes from Russia, while practically all Somalia’s wheat imports come from Russia and Ukraine.

According to the latest FAO statistics, this inflationary spike is part of the global trend (+28 per cent in a year for food prices). The spike is certainly not the first to affect Africa, but it occurs in the challenging environment of post-pandemic recovery, and experts predict it to extend far into 2022. The worsened situation will complicate issues for all economic actors, families, corporations and governments.

In the past, Zimbabwe and Zambia have raised interest rates in response to growing inflation. As the DRC and Sierra Leone have demonstrated, some central banks do not believe in inflation targeting.  These nations have decreased their policy rates, indicating that they do not anticipate inflation to fall of its own will.

A common theme among nations that have cut or not amended their policy rates remains a view by monetary policy committees (MPCs). MPCs maintain the belief that inflation is also being influenced by external trends-rising global oil and food prices rather than endogenous demand.

The recent shock of increased world oil prices has taken a toll on economies. As a result, it appears probable that a stricter approach will become inevitable. Even though their inactivity on rising inflation has eroded their credibility, some central banks, like Kenya’s, have been upfront about prioritizing economic growth.

In order to keep petrol prices under control, the Kenyan government had to step in with an implied provision for subsidies. However, the government has pointed to lifting the subsidies in July 2022. Angola is the only economy facing high cost-push inflation with an expected policy rate rise (of 50 basis points), where inflation has remained persistently high and has little promise of abating without action that might support the currency rate.

The role of stricter budgetary policy remains a double-edged sword in the battle against the growing inflation in Africa in the medium to long term. On the one hand, consolidation might circumscribe aggregate demand. On the other, early indicators of new cost-push pressures will arise.

The tightening of Botswana’s fiscal policies, for example, led to an increase in VAT in 2021, increased energy tariffs/reduced subsidies, a new fuel levy, and increases in other consumer taxes. VAT was not the only tax affected. As a result, yearly inflation soared from 2.4 per cent in January to 5.7 per cent by April.

Higher taxes and subsidy cutbacks were inflationary themes that will grow dramatically over the following few years. However, the Bank of Botswana (the central bank) survived the cost-push.

Some countries like Botswana have historically been more adamant than other African governments about maintaining a balanced budget. Nevertheless, other countries like Kenya have resorted to the IMF for help repairing the pandemic’s harm to the country’s economy.

Kenya had an agreement with the International Monetary Fund (IMF) for a US$2.3 billion financing package. The conditions required Kenya to reverse a 2020 VAT reduction. Several other nations enacted VAT cuts to different essential commodities during the first shock caused by the coronavirus epidemic.

Most of these adjustments now stand reversed, resulting in higher costs. Reducing borrowing while safeguarding private investment will have an increasingly significant role in regulating inflation in the future. Therefore, more increases in consumer taxes and reductions in subsidies will be required over the long run. Inflationary pressures are cost-push in nature. Therefore, it again appears doubtful that central banks will feel obligated to act on these alone.

The rising inflation in Africa likely to last

One noteworthy point is that present inflation is likely to continue. The price high in 2008, like the one in 2012, lasted barely a few months. The latest inflationary surge is considerably more structural and will take much longer to subside.

This prognosis, which experts have widely shared, comes from an interplay of many internal and external forces that drive inflation. Internationally, the Covid-19 outbreak and Russia’s invasion of Ukraine have interrupted supply chains. The disruption has increased freight prices, and created logistical challenges, tensions taking longer to address and costing African nations – primarily importers-dearly. The rising inflation in Africa points towards harsh economic times.