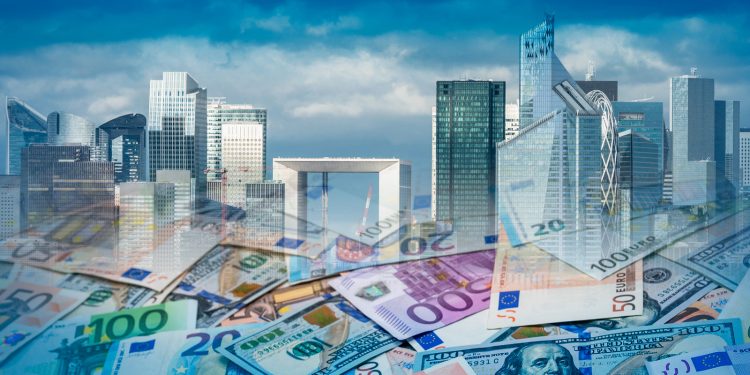 Global investment flows and foreign direct investment according to UNCTAD reached levels in 2021 last seen before the pandemic but this resurgent growth is being threatened by the instability caused by geopolitics.

Global investment flows of capital were resurgent in 2021.

The grew by such a margin that the United Nations Conference for Trade and Development announced in their World Investment Report 2022 that the global investment flows of capital had risen in 2021 to levels that were last seen before the COVID pandemic.

According to UNCTAD global foreign direct investment flows in 2021 were US$ 1.58 trillion which is 64% up from the statistics recorded in 2020.

The key drivers for the upsurge in foreign direct investment according to the report were growth in mergers and acquisitions, where companies grow by buying one another or merging or combining their operations into single entities. Collectively one could surmise that consolidation in the various sectors of the private sector were one of the drivers of the growth of in investment flows.

International project finance was identified by the report as another catalyst for the growth in the flow of capital. Project finance is one of the more esoteric and exotic methods of funding for businesses and projects and its apparent growth is an indicator of the times. Investors are no longer as risk-averse as they were two years ago in the heat of the COVID pandemic. Back then everyone felt the sky was falling and justifiably so because the pandemic was a once in a century occurrence which posed a serious existential threat to humanity.  According to the corporate finance institute, project finance is the financial analysis of the complete life-cycle of a project. Typically, a cost-benefit analysis is used to determine if the economic benefits of a project are larger than the economic costs. This form of funding is used especially when companies are assessing their capital expenditure budgets. This clearly demonstrates the newly found optimism and confidence of businesses in the future and its prospects.

The third driver of the growth in global investment flows identified by the UNCTAD report is what it described as, “loose financing conditions and major infrastructure stimulus packages.” This is an obvious reference to the expansionary monetary policies adopted by the world’s leading nations to jump-start their economies in the wake of the pandemic. The leading nations of the world namely the United States, United Kingdom, China, and the countries that make up Europe in response to the economic slump caused by the pandemic reduced their interest rates and announced hefty economic stimulus packages centered around expenditure on the development of infrastructure and related.

These developments resulted in vast amount of liquidity that the report notes, is sloshing around in the global economy in the form of foreign direct investment flows. It bears mentioning that this driver of foreign direct investment has been overtaken by events since the UNCTAD World Investment Report 2022 was published in June 2022. The monetary policies of the world’s leading countries are no longer expansionary. They are in fact contractionary. This contractionary monetary policy stance has been characterized by rising interest rates and possible bond selling by leading central banks of the world.

The about-turn in monetary policy has been in response to inflationary pressures which have been caused by constraints on supply chains from variances in the ways that countries have opened their borders post-COVID. Other inflationary pressures have been the result of geopolitical tensions, the conflict between Russia and Ukraine being a prime example. It has caused the cost of energy to rise taking with it, prices of critical inputs in production processes. To mitigate this pressure central banks have increased the price of money and taken further steps to reduce the amount of money supply in the world economy.

It will be interesting to see if this driver will have the same influence on global foreign direct investment flows in the report that will be published next year taking cognizance of previously mentioned contractionary monetary policy stance. The report notes the impact of the war and the new monetary policy stance by leading countries in the world. These it acknowledges now show a poor and gloomy outlook for foreign direct investment for 2022.

The UNCTAD reports additionally notes that, “the global environment for international business and cross-border investment changed dramatically in 2022 with the onset of the war in Ukraine, which occurred while the world was still reeling from the impact of the pandemic. The war is having effects well beyond its immediate vicinity, causing a triple food, fuel and finance crisis.

Rising prices for energy and basic commodities drive inflation and worsening debt spirals.” This further emphasizes what has previously been mentioned. It will have the effect of cooling the flow of foreign direct investment flows.

According to the report, Africa attracted US$ 83 billion in foreign direct investment compared to the US$ 39 billion it achieved in 2020. Of the global investment flows that landed on African shores in 2021 US$ 41 billion went directly to South Africa.

UNCTAD expects these developments will either put downward pressure on the flow of FDI or flatten the curve.