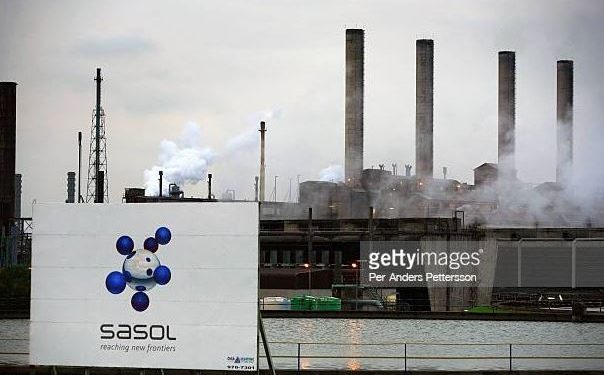 Sasol has endured an existential threat on its operations. It has weathered the storm and is finally starting to thrive again however, its South African unit was a lag on the group's performance.

Sasol’s results presentation in February was an awkward affair. The session was pre-recorded and then aired on the company’s website.

It was not interactive. When the recording ended so did the webcast. Other corporate interactions and results announcements are usually interactive. The top executives of a company will meet in person with a group of individuals and the rest tune in online.

At the end of the session, the group of people in attendance are given the opportunity to speak to the executives of the company asking them questions and commenting on the financial results being presented. This was not the case with Sasol. But then again Sasol is not your typical company…

It left an impression that the top brass at the giant South African petrochemicals company does not like to take questions from stakeholders and analysts… Given that the company has just come out of severe financial distress which nearly sent it to the graveyard the top brass would be forgiven for wanting to avoid tough questions.

The company produced a strong set of results but confessed that its South African operations were a lag on the overall performance of the group… South Africa is proving to be a tough place to do business with its soft macroeconomic fundamentals.

Any multinational with exposure in South Africa attributes any lacklustre performance on its part to this exposure to this jurisdiction. The case of Sasol is especially unique because in the past the company used to generate windfall profits and cash from its groundbreaking technology of producing fuel by extracting it from coal a technology it called CTL or coal to liquids.

Over time the company pioneered technology it termed GTL or gas to liquids among other operations which enabled the fuels juggernaut to expand outside of South Africa into Africa, the Middle East and eventually its defining moment which nearly proved to be its nemesis, the Lake Charles project in the United States.

This project encountered challenges and cost overruns in its development which claimed the scalps of the 2 joint CEOs at the time Bongani Nqwababa and David Constable who had to resign their top jobs when the news broke that the company would be late in bringing on stream the project and to make matters worse at a cost higher than what was originally projected.

This was not the only problem with Lake Charles… A large amount of debt had been piled onto Sasol’s balance sheet to fund the project… This debt was denominated in US dollars which proved to be very expensive in an environment characterized by a weakening Rand.

It was not long before the company was in financial distress which culminated in a rights offer and restructuring exercises with its bankers.

Sasol has a vast geographic footprint…

2019 and 2020 were not good years for Sasol and its chief executive officer Fleetwood Grobler, the man tasked with turning around the fortunes of the once-mighty company. These 2 years were the worst in the company’s history because of the collapse in the oil price and the unprecedented Covid pandemic.

According to chief executive Fleetwood Grobler, in 2021 the company met and surpassed expectations in terms of its financial performance. He attributed this performance to the strong overall business and operational performance. The company exceeded its balance sheet targets and averted thereby the need for further rights issues.

The recovery of the global economy in 2021 is reflected accurately in the results that the company produced and presented in February. Throughout the presentation of the results, one theme stood out more than most which were that significant efforts had been made by the company to deleverage its balance sheet by reducing its debt. The company expects a better 2022 a is the reasonably positive outlook going forward.

The company is banking on its turnaround aptly dubbed Sasol 2.0 and expects to deliver on its promise to resume dividend payments.

This results presentation occurred in February. It is March now going into April and a lot has changed. A geopolitical incident has happened in Europe which has provided a potentially lucrative boon to Sasol. Major oil and energy-producing companies owe a debt of gratitude to Vladimir Putin for turning around their fortunes… Not that many of them were struggling anyway. Several of them were riding on a rising oil price which has had a positive impact on their cash flows.

Now the war in Ukraine has sent the price of natural commodities soaring through the roof.

The price of crude oil at the outbreak of the war briefly touched the US$135 level which was the highest it had ever been since 2008. Shareholders at Sasol will not complain about the price of oil and or the rising price of every other energy commodity because Sasol produces most of them. The high price for crude and energy, in general, will aid the company to meet and exceed its guidance for the year and deliver bumper profits.

Hopefully, at the presentation of the next results the settings will be more interactive as the executives of the firm will have more to cheer about.

It’s not clear how appropriate it is to view the geopolitical developments in Europe as serendipity for Sasol however, it is going to result in a lift in the finances of the former ailing company.

Sasol is emerging from financial distress if it has not already. It had become a stock for investors who are daredevils and have a huge appetite for risk. It should now be a stock which is an integral part of an investor’s portfolio.

Fleetwood Grobler is on course to deliver on Sasol 2.0. the company is getting its act together and should resume dividend payments by the time it announces its next financial results. It produces commodities that are essential for everyday life. After the company has successfully rid itself of the burden of debt from its balance sheet it will return to the days when it was a money-spinner.