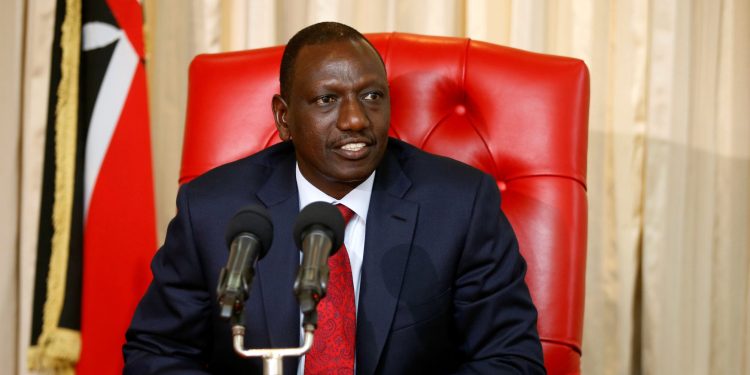 Even if Ruto keeps his promises to strengthen medium-term public finances, he might not avert ratings decline by the end of 2022. [PHOTO/REUTERS]

Despite president-elect Ruto's plans to strengthen medium-term public finances, it could prove too late to avert a 2022 ratings downgrade.

by James Ndwaru
in Kenya
0
Share on FacebookShare on LinkedIn

The confirmation of William Ruto as president indicates that Kenya will remain on track with its IMF program and plans to strengthen medium-term public finances, but a sovereign credit 2022 ratings downgrade remains inevitable in the subsequent months.

Kenya’s new constitution ushered in a new economic and political governing structure in 2010. This included a bicameral parliamentary house, devolved county administration, a constitutionally tenured judiciary and an electoral commission. In 2013, Kenya conducted the first vote under this new structure. On August 9, 2022, the second presidential election took place.

According to REDD Intelligence senior credit analyst Mark Bohlund, the confirmation indicates that Kenya will remain on track with its IMF program. Still, a sovereign credit rating fall is inevitable in the subsequent months.

Kenya agreed to a 38-month $2.34 billion IMF loan in April 2020, distributed in tranches. The next President has promised to reduce debt and raise tax income.

Even if Ruto keeps his promises to strengthen medium-term public finances, it may be “too little, too late” to avert at least one sovereign decline by the end of 2022. With a stable outlook, S&P Global rates Kenya “B”, and the budget deficit is expected to shrink to 5.7% on average between 2023 and 2025.

The new administration will make headway on Kenya’s fiscal consolidation. However, fiscal deficits will stay high as the tax revenue/GDP ratio remains below pre-Covid-19 pandemic levels, according to Fitch. Moreover, Policy uncertainty caused by a split parliament might jeopardise fiscal reduction efforts.

A thin parliamentary majority will make it harder to adopt a consistent policy. The majority of 17 is not enough to govern reliably, according to Charles Hornsby, an author and researcher on Kenya who is a chief information security officer at the UN refugee agency UNHCR.

ALSO READ: What to expect from medical insurance in Africa post-Covid

While aiding political stability, Kenya’s devolved government structure also adds to the country’s financial difficulties. According to Bohlund, the devolution established by the 2010 constitution has contributed 3% of GDP to Kenya’s debt-financed recurrent expenditure.

This recurrent expenditure is obviously not sustainable. However, the government agrees to fund it via income collected centrally or county governments’ revenue.

Nonetheless, according to Bohlund, “it can be argued that Kenya has more of a liquidity problem than a solvency crisis,” and hence is in a much better situation than Ghana.

The World Bank’s subsequent evaluations will provide an indication of Ruto’s leeway. This month, the World Bank will publish its Comprehensive Policy and Institutional Assessment (CPIA) and Worldwide Governance Indicators (WGI) ratings for Kenya.

The CPIA evaluates the government’s ability to utilise World Bank funding to achieve Sustainable Development Goals. The CPIA helps to assess how much concessional financing the World Bank and other development partners are prepared to provide to developing nations.

Kenya has consistently had one of the most substantial CPIA ratings in Sub-Saharan Africa during the previous two decades. The WGI scores impact credit ratings provided by agencies. They examine accountability, political stability and the lack of violence, government performance, regulatory excellence, the rule of law, and corruption prevention.

Kenya’s performance in WGI ratings has been worse than in CPIA ratings due to post-election political violence, notably in 2007-2008. The WGI ranking will likely improve this month since this year’s election has happened in a largely stable political environment. Moreover, everything points toward the political transition happening smoothly.

Kenya is now on the verge of transformation. The nation has challenges of corruption and, more recently, the rising cost of living and a high debt-to-GDP ratio. Nevertheless, the nation has had ten years of consistent leadership. However, these are issues that can be addressed via careful planning and execution of programs that promote trade, job creation, and investment.

That is why the next administration’s business policies will be critical to alleviating the population’s issues. Fortunately, the leaving administration has laid the groundwork for the future administration to build on and lead Kenya to success.

However, as the previous decade has shown, peace is the key to stability. As Kenya prepares for change, it is vital that the nation controls the transition to ensure peace and stability.

This will need political maturity. The voters who have shown maturity via their patience throughout the election process might teach leaders an important lesson. Leaders do not have to reinvent the wheel. All they need to do is listen to the people. Peace in stability will indeed play a crucial role in Ruto’s plan to strengthen medium-term public finances. 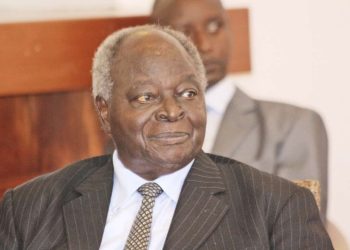