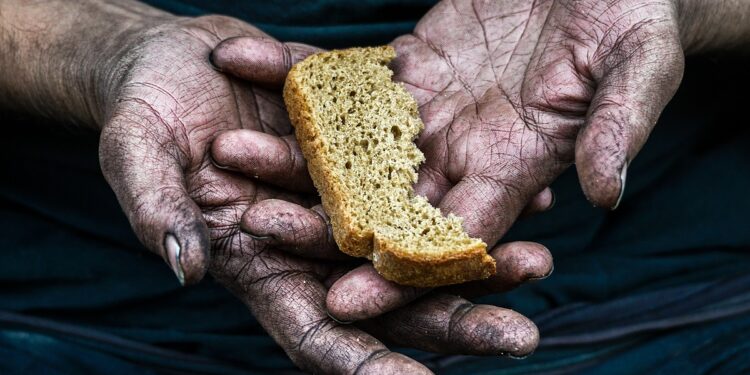 The expensive farm inputs and changing weather patterns mean that farmers in Kenya will now have to contend with the electioneering period which means that the East African nation is staring hunger in the face.

It is an election year in Kenya and there is no doubt that this will unsettle the way of life for many until the suffrage is over.

One of the hardest-hit sectors, already, is agriculture whose productivity is dwindling with reduced rains and expensive farm inputs which are locking most farmers out. As it is with many African countries, a majority of farmers who provide food for more than 80 per cent of the population are smallholders.

The expensive farm inputs and changing weather patterns notwithstanding, farmers in Kenya will now have to contend with the electioneering period which means that the East African nation is staring hunger in the face.

Read: A pandemic and an election: Kenya’s double edge sword

The KNBS report shows that the price of onions (leeks and bulbs), white bread, cooking oil (salad) and tomatoes increased by 7.46, 4.71, 4.62 and 4.55 per cent, respectively, in December 2021. Interestingly, these are the most basic household food items you will find in most homes.

When prices go up as much as they have done, it means that most households will either have to find alternatives or make do without these basic food items altogether.

In an election year, this is not something that Kenyans are prepared for especially with the decimation of job opportunities and livelihoods caused by the pandemic.

On another front, the country faces further hardships as consumer power declines.  With food becoming scarce, the country is in dire straits already. Food production in Kenya is far behind demand.

As late as 2018, the Institute for Security Studies predicted that yearly agricultural production would have to rise by 75 per cent from 2015 levels in order to meet consumer demands in 2030.

Since the late 1990s, Kenya’s agricultural sector which happens to be the eighth-largest in Africa by volume has failed to keep up with demand. This is despite the supply-demand gap in food remaining under two million metric tonnes through 2009.

Similarly, consumer demand will continue to outpace supply, as predicted by the Frederick S. Pardee Centre for International Futures at the University of Denver (IFs).

Agriculture consumption in Kenya is expected to outpace production by over 20 million metric tonnes by 2040, according to IFs. To meet this need, imports would have to account for around 25 per cent of agricultural output. Already, as is evident, Kenya is not in a good place in matters food security.

A low agricultural output and population growth are the two main factors that contribute to food insecurity. However, it is not lost on most that political meddling and lack of political will to empower farmers are the two major contributors to the food insecurity impasse in East Africa’s largest economy. The two factors make the low output and population fade out in comparison.

Kenya’s political elite are keen on impoverishing farmers by pushing for laws that make it punitive to be one in the country.

For instance, the Livestock Bill, 2021 prohibits people from owning or possessing bees or beekeeping equipment if the venture is for commercial purposes. To ride through this, the person interested in keeping bees has to be registered under the Act. The conundrum in this is that Kenya has duplicated licencing processes which are expensive and are, for the large part, meant to be so to lock out people from becoming independent of the political system.  By impoverishing the masses, the system stays in place since there is a dependency on the part of the citizens.

Read: African elections to watch in 2022 and how businesses can survive them

With this kind of thinking, the country continues experiencing a widening rich-poor gap and badly affecting the largest employer – agriculture.  As a result, Kenya’s average agricultural return is lower than that of other nations in the lower and upper middle-income ranges.

If there is to be any growth to report about, political goodwill and empowering the farmer have to take centre stage. Unless these two are made to work for the smallholder farmers, the average yield in Kenya is expected to grow only slightly over the next few decades and it is highly likely it will stay low.

Currently, Kenya has more than 50 million people and it is one of the fastest-growing low and middle-income countries. The country’s population is predicted to increase by 15 million people by 2030. This is nearly a 30 per cent growth which will put more pressure on what is already available in terms of food production systems.

Without restoring faith in the sector, the country is playing Russian roulette with the lives of millions of people who need food or resort to anarchy.

With the 2022 election, the likelihood is that the landscape may change since the incumbent is not running for office and there will be a new regime in just eight months.

The foremost contenders for the presidential seat are William Ruto, President Uhuru Kenyatta’s running mate in the previous two elections but with whom he has had a falling-out, and Raila Odinga. Kenyatta has embraced Odinga, a long time presidential contender but who has not managed to win the race for the times he has been running in elections.

Regardless of who becomes president, Kenya needs selfless leadership, starting with ensuring food security, if it is to achieve any meaningful economic growth.

Drought is already threatening a majority of Kenyans in the drier and semi-arid regions.

For seven of the last ten years, these communities have been plagued by a persistent drought because of poor or non-existent rains. In a replay, Kenya’s 23 arid and semi-arid counties were declared drought emergencies by the government in 2017. It is happening again in a vicious cycle that seems to be recurring over the tenure of each consecutive government.

This is where policies have to be made to suit all farmers, licensed or not, to produce their own food. At this point, most Kenyans are not in need of commercial food production but for subsistence.

Kenya is capable of achieving food security but there have to be concerted efforts by all stakeholders to ensure that the goal is achieved.