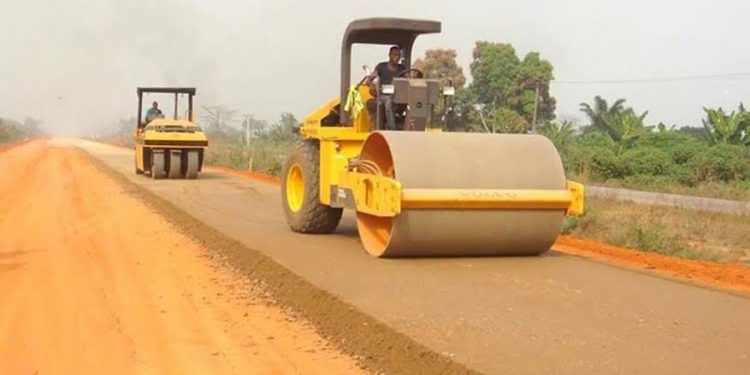 Infrastructure development continues to be a vital driver of Foreign Direct Investment (FDI) since logistics are so necessary for global business development, mainly e-commerce, which is now a significant generator of income and jobs at home and abroad.

Globally, infrastructure development is acknowledged as a crucial path to economic growth. This acknowledgement stems from the fact that it fosters intra-country connections while strengthening regional or worldwide production and distribution networks.

Infrastructure development continues to be a vital driver of Foreign Direct Investment (FDI) since logistics are so necessary for global business development, mainly e-commerce, which is now a significant generator of income and jobs at home and abroad.

Read: The potential of the fourth industrial revolution in Africa

According to the African Development Bank, a 1% increase in infrastructure corresponds to a 2% increase in economic development. Economist Walt W. Rostow supports this viewpoint by stating that a certain level of social overhead capital investment in electricity and transportation is required to transfer a country from the pre-condition for take-off stage to real economic take-off.

As a result, governments worldwide have been working for decades to upgrade their infrastructure networks. These upgrades include soft (health, economic, and social services) and material infrastructure (ports, railways and roads).

Infrastructure development is both a means and an end goal in the quest for a faster economic revolution. Realizing the long-term economic growth objective necessitates robust, functioning, and long-term infrastructure.

Kenya’s infrastructure development goal is grounded in the Vision 2030 economic framework, presented in 2008. The vision describes infrastructure growth as a means to unlock additional advantages for Kenyans via multiple pillars. Not to mention the African Union Agenda 2063 and the United Nations Sustainable Development Goal No. 9.

The infrastructure program has guaranteed that infrastructure growth has remained a top priority for the current and past Kenyan governments. The government has committed significant money, time, and attention to this goal over the previous fifteen years.

As a result, Kenya has fared well in terms of economic growth during the last decade, owing primarily to the traditional and contemporary services industry. Financial intermediation and mobile communications have expanded, stimulating demand for other services such as commerce.

The expansion of infrastructure networks tells the story of the transition occurring in rural and urban Kenya, proving that the country has grown by leaps and bounds since the 1960s.

The modifications in significant hard infrastructure investments across the country, from roads, ports, and trains to energy projects, health facilities, and water projects, among others, are a visible embodiment of this shift.

The extensive road network in Kenya

Former President Kibaki formally launched the 50-kilometre, $418 million Nairobi-Thika Superhighway in November 2012, helping to convert Kenya into a significant economic powerhouse for the East African region and beyond. One of Kenya’s most visible transport infrastructural developments arose from converting Thika road into a superhighway.

Logistics impacts how long it takes enterprises to deliver products to customers. The logistics explain how the Nairobi Expressway development was perceived during construction. The highway transforms the face of Kenya’s capital and indicates to the rest of the world that Nairobi is serious about becoming a global metropolis.

Another infrastructure highlight is the standard gauge railway (SGR). Kenya’s Gross Domestic Product (GDP) increased by 1.5 per cent due to the SGR initiative. By producing 46,000 jobs, the project has fueled Kenya’s economic growth. The SGR transport system has improved the local economic climate and the East African community’s regional integration.

Port infrastructure has historically opened up regions for cross-border trade and business. Kenya has relied on a single major port (Mombasa) and transport corridor (the Mombasa-Kisumu-Busia highway and railway, commonly known as the Northern Corridor) since the colonial era.

Kenyan youth unemployment should not be viewed as a “ticking time bomb” but rather as an opportunity for the present generation to embrace new prospects in infrastructural development. Lapsset projects provide rapid remedies to employment creation to promote shared growth for future generations. Road infrastructure also establishes value chains that connect primary producers in rural regions to processors in cities, increasing job and revenue production prospects.

The spillover effects of infrastructure development are also forecast to boost Kenya’s economic standing in Eastern Africa. Infrastructure development also contributes to Kenya’s status as an East African service and financial hub. Kenya’s expansion enables it to provide effective port services to neighbouring landlocked nations such as South Sudan, Uganda, Ethiopia, the Democratic Republic of the Congo, Rwanda, and Burundi.

According to World Bank research, Kenya’s competitive advantage in the EA area may lie in strengthening the port facilities, road and rail networks, and transit airports as trade routes to the EA nations.

Because they will have many unclogged routes to drive their operations, infrastructure development allows e-commerce enterprises to cut logistical costs, enhance efficiency, and increase consumer satisfaction.

The enterprises have the potential to increase both domestic and foreign investment. Innovative start-ups such as Kune, which has established a plant in Nairobi capable of processing 5,000 packaged meals per day, have already invested hundreds of millions of shillings through FDI.

Nairobi’s removal from the list of the 100 most expensive cities globally further solidifies the city’s position as a desirable location for FDI. The development is significant from a global perspective, even if the immediate advantages may be missed by Kenyans who feel the squeeze of an economic downturn caused by growing price pressures.

However, Kenya should be positive in the long run since other massive infrastructure projects will enhance the quality of life and offer new economic prospects as industries follow the current investments.

Kenya's richest counties and what they produce