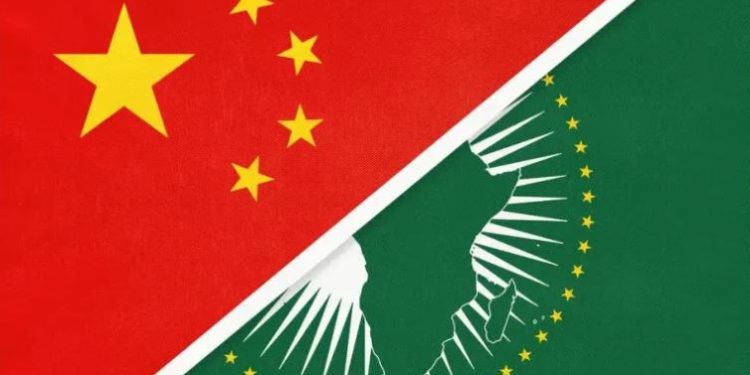 China's economy is slowing down... What does that mean for Africa?

China’s slowdown in GDP growth in the second quarter of 2022 could have a disproportionately adverse impact on Africa especially if the Asian giant goes into a recession.

by Laurence Sithole
in Africa, Business
0
Share on FacebookShare on LinkedIn

The AFCFTA will transform Africa if it can be implemented.

China is an integral part of the global economic matrix. The Asian behemoth is responsible for the economic well-being of a litany of countries in the world.

Much of the economic growth enjoyed by numerous countries owes itself to and is sponsored by China’s economic activity either in whole or in part. China’s mass urbanization gave a spark to producers of natural commodities who continue to rely on the Asian country’s appetite for these natural resources for their income.

One of the first such manufacturing companies was Nike which announced it has outsourced the production of its iconic running shoes to a company called Yue Yuen. Hewlett Packard the computer giant company has a manufacturing facility in Chengdu China.

There are reportedly at least 338 United States companies operating in or with revenue exposure to China and the most prominent of these are Avon, Colgate-Palmolive, Tyson, Nabisco, Kellogg’s, Danone, Conagra, and Tupperware. This is the extent of China’s technological and industrial influence on the global economic stage. The country’s influence, however, transcends this sphere and even straddles the area of global capital. The World Bank and the IMF report that the country with the largest foreign exchange reserves in the world is none other than China. It has at least US$3 trillion. Such a gargantuan sum of reserves in Greenback by extension means that the Asian country is the largest lender to the largest economy of the world, the United States.

On the African front, China is a major trading partner of most if not all the countries on the African continent. China is central to bread-and-butter issues in Africa. China has instituted what it has christened the Belt and Road Initiative where the country is looking to entrench economic ties and cooperation with countries along six major trading corridors. Through this initiative China will engage infrastructure development along these corridors. The development of infrastructure requires natural resources and commodities and Africa’s role in the Belt and Road Initiative is predominantly as a supplier of these resources. China has deployed capital in the development of mines and the infrastructure necessary to move those resources to where they are needed along the six corridors of the BRI.

These are all cases of how integral China has become on the world stage. Against this background, one can understand the trepidation felt by stakeholders when the newswire broke the story that China’s economy had contracted in the second quarter of 2022. If the economy of that country contracts again in the coming quarter, it will technically be in recession. This now begs the question: what does a recession in China mean for the rest of the world and for Africa especially? Reuters reports that China’s economy contracted sharply in the second quarter of 2022 while annual growth also slowed down. China’s gross domestic (GDP) product fell by 2.6% in the quarter under review compared to the first quarter of 2022. On an annual basis, the economy is said to have grown by a lacklustre 0.4%. The Asian giant’s growth performance fell below expectations.

The slow down in the economy and overall reduction in aggregate demand has been attributed to what media outlets have described as the widespread effect of COVID lockdowns which had an adverse impact on industrial capacity and consumer spending. Senior economist for Standard Chartered, Shanghai Li Wei expects the economy of China to pick up towards the Communist Party Congress in response to the stimulus measures implemented by the country as well as easing of COVID control policies. Standard Chartered had already projected a slowing economy this year and where therefore less surprised by the slow down. Other analysts are less flattering with their outlook of the country’s growth outlook.

Other analysts that cover China say that the worst is behind the Asian country however, its COVID policy will continue to hamper economic growth. Despite the that many countries in the world are starting to come to grips with COVID and are learning to live with it, China still has on of the strictest COVID containment policies. The pursuit of their “zero COVID” policy is the reason most economists have attributed to the reduction in aggregate demand. This policy has seen the Chinese government react to infection rates regardless of how minuscule by imposing citywide lockdowns.

The most notable of these was the lockdown that was imposed on Shanghai. A slow down in economic activity in China is certain to have an adverse impact on all leading economies of the world. This negative development will most certainly have an adverse impact on Africa which has enjoyed increasing bilateral trade with China over the last two decades. A study conducted by the China Africa Research Institute shows that during the last 20 years of growing trade, Africa exports to China slowed down in 2016 when commodity prices softened however, China exports to Africa during the same period remained steady.

The China Africa Research Initiative reports that: “Due to the supply chain disruption by COVID-19, the value of China-Africa trade in 2020 was US$176 billion, down from US$192 billion in the previous year.  In 2020, the largest exporter to China from Africa was South Africa, followed by Angola and the Democratic Republic of Congo. In 2020, Nigeria remained the largest buyer of Chinese goods, followed by South Africa and Egypt.”

Data from this study shows that African countries are increasingly dependent on the economic wellbeing of China for their own economic wellbeing. Now that China is sneezing… Will Africa catch a cold? The government policy widely held responsible for the economic slow down is set to remain in place as the BBC reported that the Asian country’s president Xi Jin Ping said on record that no other way of handling of the COVID pandemic is acceptable. The world can expect further lockdowns in China to take place however, this poses a delicate balance and tight rope for Xi to walk since this year he heads to another China Communist Party Congress where he expects to retain his mandate to lead the party and the country for a third term. A mandate to govern for a third term may not be so appealing if the country is in turmoil economically.

A recession in China will not bode well for Africa also because of the geopolitical tension globally and a cocktail of other negative developments on the global stage. The war in Ukraine has revealed some vulnerabilities in African countries which have further demonstrated the disproportionate dependency of many of the countries in Africa on the rest of the world for even the most basic of things. The conflict in Ukraine has inadvertently led to a food crisis since the country has not been able to export wheat which has sent the price of bread and related wheat products soaring. Russia has played a malevolent hand when it comes to its energy exports. The country knows full well that much if not all of Europe relies on its gas and for that reason countries in that territory have been reluctant to take a firmer stance against Russia. The conflict has sent the price of oil soaring to record levels leading to a phenomenon economists call “cost push inflation”. This has affected all countries right across the board. All these geopolitical events are taking place against the background of the delicate recovery that the world was starting to enjoy from the effects of the COVID pandemic.

In response to the COVID pandemic most countries had implemented stimulus packages to aid their economic recovery processes. Many did so through quantitative easing which has led to inflation. Additionally, there have been lasting supply chain disruptions which are the result of the pandemic but a critical component of the inflation that the world is grappling with. All these adverse events will have the worst effect on Africa which is made up of the least developed economies which are hardly diversified enough and without sufficient foreign exchange reserves to withstand the ensuing shocks. These developments should serve as a clarion call to policy makers and leaders of Africa countries to take best practices in governance and management of their respective economies more seriously. For Africa to shock proof its collective economy against the reliance on a single trading partner and against the adverse effects of geopolitical events its countries need to trade with themselves and urgently implement the ideas and concepts behind initiatives like AFCFTA. Only in this way can Africa say “bless you” to China when it sneezes like it has done now.